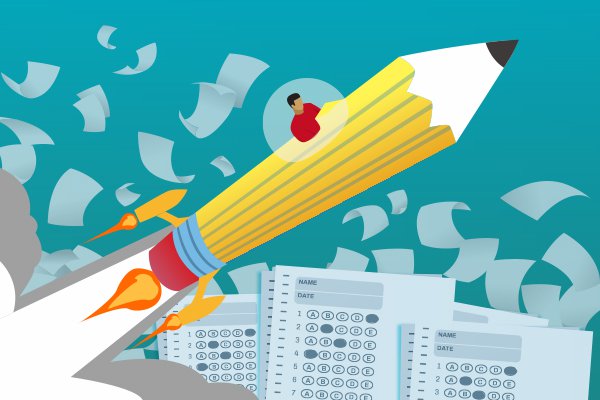 Remember the days when Louisiana was a beacon of low-quality education, the days when parents would send their kids to school, and the education they received would leave them potentially unfit for college or to ever leave the state they called home? In those days, long before there was a pipeline from the school yard to prison, Louisiana was at the vanguard digging a trench. It was a path that would become well worn, one the uneducated could follow from the graduating stage to the land of limited job opportunities before reaching their fulfillment as wards of the state.

Along the way, something happened. Public schools got a makeover as charters and started doing something unprecedented. They actually started educating, at least on paper. Eventually, most public schools’ performance scores began to grade out at a B or C , leaving a void of “uneducationality” dangling in the atmosphere. But nature abhors a vacuum, as the late and occasionally great Aristotle once said, so apparently the state’s private schools have stepped in to fill it.

Bring me your poor and uneducated and we’ll return them to you, poor and uneducated. That has become the unofficial motto of the state’s $40 million a year voucher program. The voucher program is one of the most destructive vestiges of Bobby Jindal’s reign as governor. Under the auspices of his proclaimed genius, the state has spent an estimated $280 million over the last 7 years ensuring that Louisiana retains some semblance of its reputation for keeping its youth devoid of education.

The plan has been to take students from failing public schools and give them a state voucher to attend private ones. 7,000 students have undergone this educational lobotomy, but the only transformation has been the location at which they fail. In short, as Charles Dickens might say, the participating private schools turned out to be no better than the public ones. Most of them graded out at a D or F based on the voucher student’s standardized test scores.

Apparently, some private schools exist for the sole purpose of taking state money via the voucher program, being that all of their students receive vouchers.

In the annals of teachable moments, the $40 million a year voucher program has to rank as one of the most expensive moments of all time. But what is the lesson learned- that the participating private schools are as bad off now as public schools were before they became chartered because they inherited a bad batch of students? Or is it that private school’s low performance on public school standardized tests prove some test bias? Or maybe the state has come up with an ingenious way to partially protect itself from a brain drain. By investing so little in the developing brains of some of its citizenry, it can ensure that they don’t have the qualifications to get up and go.

2 thoughts on “When the Vouchers Need Vouching”