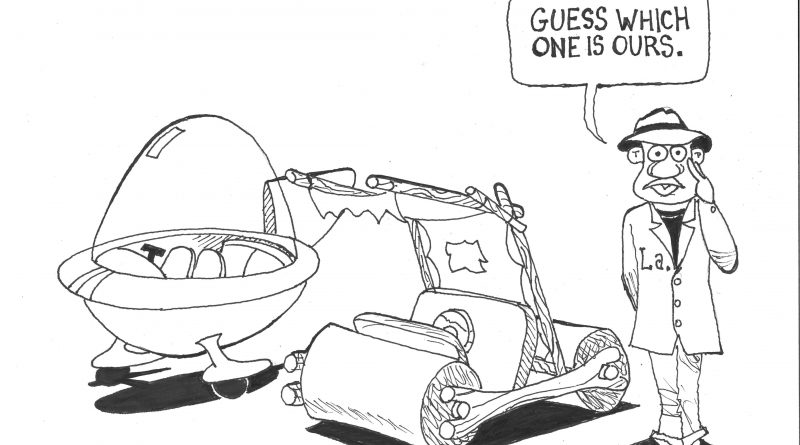 “I’m worse at what I do best / And for this gift, I feel blessed!” So sang Kurt Cobain way back in 1992. 17 years later, Louisiana, in its own declaration of irony, has inverted those lyrics. For the 3rd year in a row, our beloved state is best at what it does worst – mainly education, economic opportunity, locking citizens up, infrastructure, providing non-toxic air quality, or just generally functioning as a state. According to U.S. News World Report’s annual state rankings, we citizens, denizens of the perpetually worst state in the nation, should definitely not feel blessed, as the headlines read: Louisiana ranked worst state in the nation for the 3rd year in a row. How does something like this happen? Let’s delve into the deplorableness.

U.S. News ranks states based on 8 categories. Here’s how Louisiana breaks down in those 8:  health care #45, infrastructure #48, education #48, economy #49, opportunity #50, fiscal stability #43, crime & corrections #50, and natural environment #50. As you can see, the state ranks last in 3 of the 8 categories, 2nd to last in one, and 3rd to last in two others. Even with last year’s budget surplus, it still only ranks 43rd when it comes to fiscal stability. Of these 8 rankings, 3 should be the most concerning.

It all begins with education. Typically, when a school system is in bad shape, it ripples across most other metrics. Louisiana was ranked 48th overall in education. Surprisingly, the state was 10th overall in preschool enrollment, but only 45th and 42nd in the high school graduation rate and college readiness. Translation: even though parents are putting their kids in school earlier, they’re not seeing the results. Apparently, the only thing worse than enrolling your child in one of the state’s k-12 schools is enrolling them in one of its colleges. Despite being ranked 26th in tuition, and 20th in student loan debt, Louisiana is 49th in the 4-year graduation rate, and 44th in education attainment. This means that even though the state is doing a decent job of making sure students can afford to go to college, it’s not doing enough with them once they get there.

No surprise here. Louisiana ranked 50th when it comes to Crime & Corrections. Equipped with low education and limited opportunities, citizens here too often turn to crime. Louisiana ranked 47th in property crime, and 48th in violent crime, which resulted in the highest incarceration rate in the country.

Louisiana has ranked not only last overall but last or near last in these 3 areas for 3 years in a row. That is…spectacular. You know how hard it is to do something spectacular 3 times in a row. Beethoven, for all his greatness, never wrote 3 great symphonies in a row. Miles Davis, for all his great quintets, never put out 3 great jazz albums in a row, and the Patriots, despite all their dominance, have never won 3 Super Bowls in a row. That type of rare air is reserved for Michael Jordan’s NBA championships, Ishmael Reed’s first 3 novels, Donald Barthelme’s first 3 short story collections, and of course Louisiana when it comes to being the worst of the worst. Side note: notice that I didn’t type “worst of the worse.” Why? “Worse” is a comparative adjective, which means it only describes the relationship between 2 things; whereas “worst” is a superlative one, meaning it describes the relationship between 3 or more things, and since there are more than two states in this country…yes, I’m from Louisiana, but I self educated. Judging from the Head Start the state provides our children, maybe it’s something we all should consider doing.

9 thoughts on “This State Is Rank”