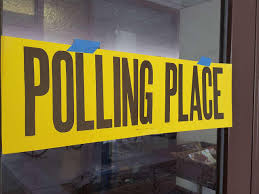 The October 2018 issue of The Atlantic poses a tricky YES/NO question: Is Democracy Dying? How a voter or potential voter replies to such a question is equally tricky.  Should you respond by considering that “democracy” refers to one of several options for naming an American social contract, an abstraction, or by pondering your lived experiences of what has transpired in your exchanges with your fellow citizens and your thinking about  or refusal to think about American history as a complex story of practices and motives?  Whatever the case might be, arriving at a conclusion you are willing to live with is not easy.   Whatever might be the case, you are existentially enslaved to make a choice.

People in Louisiana, especially in Orleans Parish, ought to be fully “woke” regarding choices. Matters are as serious as that.  And theatricals predicated on a gnashing of teeth come November 7, 208 shall be nothing more than drama as usual.

Know that September 24-28 is Voter Registration Week and visit https://www.nola.gov/registrar for details.  Invite friends and relatives who are not registered as voters to do likewise, particularly if they happen to be young and “liberated” and enthralled by the temptations of “happiness.”  It is absurd to think we have suffered for 300 years in a place called New Orleans and for 400 years in a geography now called the United States of America for the entitlement of being perversely stupid.  Permit me to remind those who believe themselves to be culturally literate that they can find a timeless message in Toni Cade Bambara’s underappreciated novel The Salt Eaters.

You have a little more than a month to prepare the vote intelligently on November 6.  The ballot involves more than selecting among candidates for Secretary of State; U. S. Representative 2nd Congressional District; Judge Civil District Court, Division E; Clerk Civil District Court, and Clerk 1sty City Court.  You will also have to make choices about amendments, all of them having long-term consequences.  Access https”//voterportal.sos.la.gov/SampleBallot for details.  The final item on the ballot requires deciding whether you favor allowing Fantasy Sports Contests to operate in Orleans Parish.  Given that much of our city’s operational revenue depends on the successful marketing of fantasy, another spoonful of fantasy may not harm us.  On the other hand, if we make ill-informed choices about the six amendments on the ballot, we may harm ourselves and contribute to the slow death of democracy and hasten the growth of American fascism.  Intelligent choices about the six amendments require a most careful reading of how the amendments are worded and knowledge of what precisely the amendments, if passed, could set into motion in the State of Louisiana.  Please read and ask questions.  Think carefully about options, about scenarios of a future.

Minimize ignorance.  Enhance your intelligence.  THEN, VOTE ON NOVEMBER 6, 2018.