Actors, Politicians, Vaginas,  & All This Sexual Harassment In Society and The Workplace

Apparently, it’s hard having a vagina these days. Men all over seem to be suffering from some type of vaginal psychosis that when triggered causes their inner creep to come out. There appears to be no safe space for women, not at work, not at home, not at the mall, not even at a photo shoot.

The president, our leader, has bragged about reaching out and grabbing unsuspecting vaginas. It was recorded on tape. It’s been rumored that in private the president is now denying that it’s his voice on the tape, even though he previously apologized for what the voice said. Such is his psychosis.

Beloved sports figures, TV personalities, actors, and politicians have not been immune. They all have been accused of  groping one as if it were their right.

In Alabama, one politician, an ex-judge, just lost a U.S. Senate race that was closer than it should’ve been. His main issue was an old one.  Allegedly he once had a fetish for teenage girls. Oh and he was 32 at the time. One incident allegedly involved him trying to pick up a 14 year-old while she was at the mall dressed in an elf costume. At one point, in his defense, he insinuated that he never dated an underage girl without her parents’ permission. 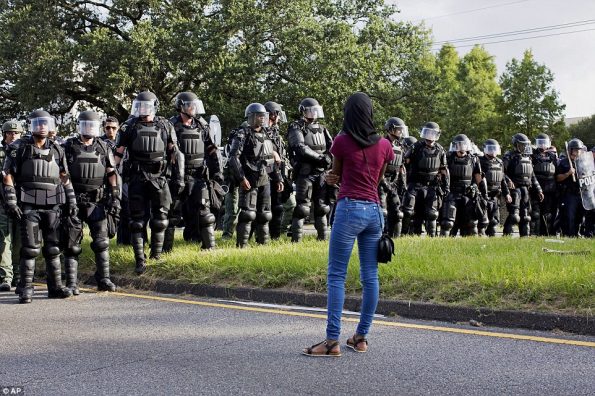 Ninety-eight percent of black women who voted took to the polls and said, not my senator, not my state. Only thirty-seven percent of white women who voted did the same. Apparently, the other sixty-three percent voted with neither their heads nor their vaginas.

We heterosexual men have a conflicting relationship with vaginas. Once a year we celebrate the day we were squeezed out of one, while spending the rest of our lives trying to pound as much of ourselves back into another.

For some it becomes an insatiable desire to penetrate as many as possible. Others, like the would be senator, are more selective and seek out certain niches. Both though, view women and their vaginas as something to be conquered, a rightful possession waiting to be owned. So they grab one. At work they make suggestive comments about how they’d do this and that, or they cruise the mall and try to pick-up somebody’s teenage daughter.

What’s a woman or girl to do? So far, the  solution has been to expose the sexual patriarchy. At the going rate of allegations, they’ll eventually be just as many men claiming to be #mefired as there are women in the #metoo movement.

By the time you read this, one of your favorite actors, favorite singers, or some public figure you once looked up to may be accused of some type of groping or even more aggressiveness that borders on rape.

Something big is happening here. Some cases may be exaggerated. Some may be politically motivated, but a culture is being taken down. Women are coming out and saying they’re more than a marginalized piece of ass forced to sleep their way to the top in the workplace.

So what’s a decent man to do? Stand by them, of course, support them and their vagina, show them it’s not all or the majority men. It’s the least we can do. After all, they stood by us while we benefited from years of established male patriarchy.

2 thoughts on “Vaginas & Sexual Harassment In Society and The Workplace”