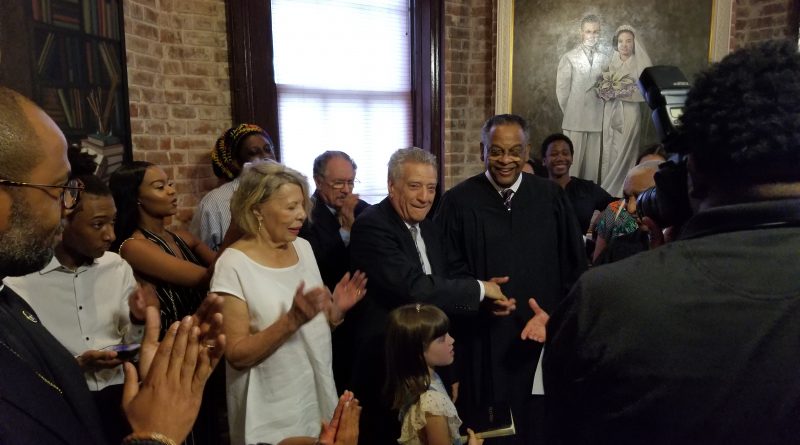 History was made as New Orleans first African American Coroner was sworn in Friday night.

An activist always, Dr. McKenna can be described as a prescient voice, the canary in the coal mine.  In the 1980’s he loudly and vocally began warning this community of the dire circumstances destroying our young black males and thus devastating the entire Black community.  It was at his insistence that the study examining the plight of Black males by the Orleans Parish School Board was undertaken.  And today, the Black male and his plight are at the top of agendas tagged as priority in the Black community throughout the United States.

It is because of his dedications to empowering his people through education, his fierce determination that African Americans have access to economic and business opportunities, and his stand up spirit on behalf of those who cannot speak for themselves that he continues to make changes in the city that he loves.  In these uncertain times marked by mistrust, cynicism and tenuous relationships between disenfranchised people and the police and other governmental entities, we need leaders that understand and appreciate the particular needs and challenges facing our communities.

We applaud Dr. Dwight McKenna who has always been a champion of the African American community.  From banking to health care to housing and education, to championing cultural preservation, he substantially and generously embraced, by word and deeds, the causes and issues that he believes in.  In addition to his medical practice, Dr. McKenna has taken a strong interest in literacy and cultural preservation. Forty five years ago, he and his wife Beverly began collecting original artwork by and featuring African Americans.  They later opened two museums to share their collection with locals, visitors, and young people.  His legacy will leave an indelible footprint as a man that genuinely cared about the greater good and advancement of African American people.

New Orleans is a better place now that we have elevated Dr. McKenna to the office of Coroner.