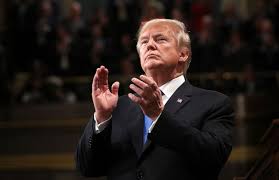 During his marathon State of the Union speech (3rd longest in history) one of the many topics the President glossed over in amazingly inaccurate language designed to promote his eminence in history is the notion that African American unemployment is at historic lows.  Simultaneously, Trump further pushed the notion that kneeling African American football players are unpatriotic.  Can’t you just hear the unfiltered Trump saying, I am giving y’all ungrateful black people jobs, so you better start kneeling cause the flag represents me.

As great and brilliant as the President is quick to remind us he is, a quick dive into his claims reveals a muddy and stagnant reality too many Americans face daily.  Only Trump can take credit for a decades old trend for which he has had no plan or policy in place.  In fact, while officially African American unemployment has been declining for years, a complete examination of true African American employment in America is especially discouraging. 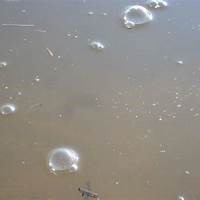 Even though economists do currently claim that African American unemployment is below 7%, several critical and more accurate fundamentals exist that inconveniently dispel the notion that African Americans are doing well financially in America.  In fact, for far too many, life in America is a miserable and difficult existence.  Maybe another reason many more might not want to stand for the national anthem.

So, if you take the unemployment figures at face value, over 90% of African Americans who desire a job are employed.  Despite this, in the land of the free and the home of the brave, many of our citizens have little food and live in abject poverty.  The narrative bias is that those African Americans are lazy and don’t want to work; therefore, us hard working Americans should heap scorn and derision rather than empathy and policy changes upon these poor people.  Trump tried to neatly tuck into bed, an idea that all is good in black America. Let’s all stand and proudly sing the national anthem.

But pulling back the covers reveals a shocking reality.  African American unemployment in America is over Great Depression levels.  How can an official government number be so off?  Three factors contribute to this astronomically high unemployment rate amongst African Americans in this country:

Despite Trump’s fake facts (you read it here first), for many African Americans, this is still the home of the oppressed and subjugated.

Much has been written about America leading the world in incarceration rates, while little about the impact of incarceration on unemployment is written.  The fact is statistical sleight of hand (coverup?) by government bureaucrats attempt that manipulates the public.  Official unemployment stats do not include incarcerated men.  If, we factor in current incarceration rates into the unemployment rates of African American men, the rate nearly triples.  Sadly, a young black man in this country without a high school diploma is more likely to be in prison or jail than to be employed in the paid labor force.  While a young white man will earn as much as a young black man with a college degree.

The data used to generate the unemployment rate comes from the Current Population Survey, a monthly survey of 50,000-60,000 individuals living in households. Ironically for blacks, the survey was designed during the Great Depression.  Every 10 years we hear how the government misses huge swaths of the black community when it counts people, so a monthly program that contacts 50,000 to 60,000 people to determine the number of unemployed Americans might miss a few black folks.

Remarkably the government acknowledges missing workers in the tally of unemployed.  People who no longer seek jobs, just can not be contacted, or have just given up looking for regular jobs are simply are left off the count.  So, the guy who walks around the neighborhood trying to cut grass or rake leaves is not counted.

When these factors, plus numerous others like those with other contributing conditions, like health disabilities, those taking care of elderly relatives and similarly innocuous sounding reasons are considered the current unemployment rate for African Americans is over 25%.  This is beyond depression level numbers.  All the blame should not be heaped on Trump, but he certainly should not be spouting fake facts like, African American unemployment is at a historic low and claiming African Americans are unpatriotic. 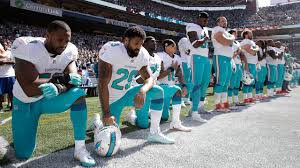