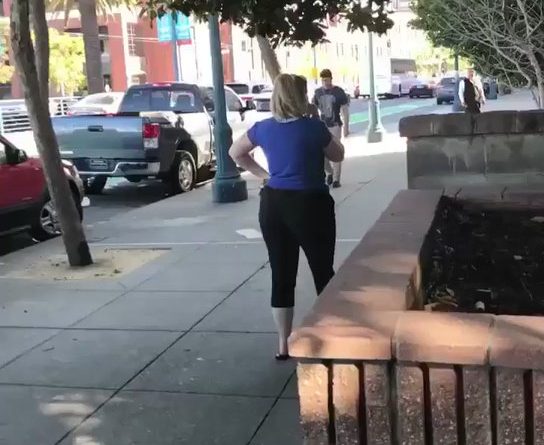 BBQ Becky, Permit Patty, and Pool Patrol Paul Acting Like What They Saw As Normal

Is it legal for a white business owner to reject service to a person simply because of their race in America?  Can a business person unilaterally decide that they do not want to do business with black people?  Of course, you smart and intelligent readers of this column know the answer is that once a business says it is open for business to the public, then they have a responsibility to treat all customers equally and can not simply just feel uncomfortable with the presence of a person and reject service.  While discrimination is a crime, shopping while black is not.

Yet, if you watch the news or access the internet, then you see thousands of examples of businesses calling the police on black people for simply shopping/selling water/attempting to swim while black.  And once the police arrive, the black person is often asked to show ID or explain why the nice white people had to call the police on your menacing 8 year old ass or quickly arrested.

So, despite decades of state and federal laws outlawing discrimination, usually black men are carted off to jail based upon the bias driven assertions of business owners or employees.  In a Philadelphia Starbucks, two black men were arrested for simply waiting on a business associate. And white people are calling the police on black people with such regularity that they are gaining infamy and creative names like BBQ Becky, Permit Patty and Pool Patrol Paul. 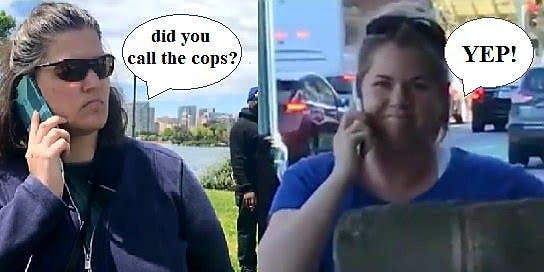 The resulting memes poke fun, but is this a laughing matter?  This has become such a problem that the term retail racism is now a thing.  Store employees call the police on black people for no reason other than they are black and present.

The durability of extreme bias in America means this will likely continue.  American narrative bias asserts that black people are dangerous and unworthy of equal treatment.  Anti-discrimination laws currently exist because white businesses have historically treated black customers in a contemptuously impertinent, insulting fashion.  Only because of technology is this issue even now on the public conscious.  Yet even with video evidence of illegal discriminatory practices, we see police departments treating black men, women and children is if they have broken the law.

With a myriad of laws to choose, typically officers default to the black person has broken the law.  So even if a business owner illegally decides to discriminate based upon race and calls the police, officers generally seek legal cause to back the business owner.  Normally, refusal of service would only be warranted where the customer’s presence would somehow be distracting to the wellbeing, to the safety, to the welfare of the other people in the business and the business itself.  For too many officers, simply being black in a business is sufficient evidence of this standard.

As we see in the plethora of videos, the biases that we all suffer are often intensified in our officers.  An initial judgement is made against the black customer, and officers are quick to select trespassing as the broken law. People are either arrested or forced to leave.  Officers often point to the rights of the business owner, without regard or even thought of the rights of the person to not be discriminated against.

Laws must be added to the books.  Trespassing is an offense that is a clear part of every city’s criminal code. Retail discrimination well not so much.  If such legislation is well defined and officers are properly trained and armed with a clear choice, then they could enter these all to common situations with a new perspective and option.

Business employees might not be so quick to call if they started getting arrested for discrimination.

One thought on “Make Retail Racism a Criminal Offense”