The 2017 municipal election will go down in history.  For the first time, the city elected an African American woman as mayor and a Vietnamese woman to a city council seat.  Whether these are trivial or noteworthy facts depends upon the work of these two women.  New Orleans can become the proud, progressive, prosperous Southern city of its potential or continue the centuries old customs of crime, corruption and carousing. Each possesses the talent and temerity to help our city soar.

And in a city known for its allegiance to locals in leadership, remarkably neither woman is a New Orleans native.  From California, LaToya Cantrell arrived here for college at the great Xavier University of Louisiana.  Cyndi Nguyen is a Vietnamese immigrant who arrived in New Orleans when she was 5 years old. 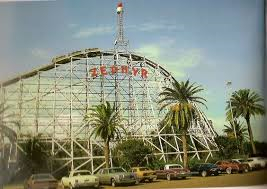 Mayor elect Cantrell and the new council must enact transformative new strategies and manually hoist our great city closer to its zenith.  Old-school New Orleanians understand outrageous crime, escalating housing prices, crumbling infrastructure, and a dearth of good jobs mean we need to improve with Zephyr-like downhill speed and momentum. Instead, as shootings rise daily and locals and tourists are sucker punched and robbed of their cash and phones, our city is steadily climbing the list of most dangerous places in the world.

Needs overflow but funds are scarce and finite.  We must prioritize our spending.  But more importantly, New Orleans needs a dramatically new approach to generate the lift to get that train over the top of the hill.  But in many areas, the train seems to have precariously stalled.

The opportunities are plentiful.  Five key areas will determine the success of the next government.

If there is something to be said about the fact that our next mayor will be a woman, it might be that a woman will be the first to bring us all together.  Can we overcome our most obdurate differences like race to solve the universal drags like low paying jobs and inadequate drainage? After 300 years a woman might finally get us over this most significant hurdle.  The improvements can be swift and euphoric.  And the momentum she will ride could enable us to overcome the one challenge which seems most intractable yet least meaningful.  RACE.  And the momentum may catapult us to never before seen thrills and accomplishments.

One thought on “In NOLA Women Will Lead the Way”