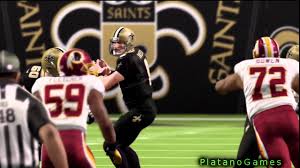 Shout out to the fans who left the Dome before the two minute warning. Glad you beat the traffic. Then again, you missed out on something special yesterday, something season defining.

With just over two minutes left in the game, the defense needed to get a stop and they got it. Then the offense got the ball back, needing a score, and they scored. Next thing you know, the game is in overtime, the defense getting another stop, and the offense getting the ball back again. Two Mark Ingram runs later, Wil Lutz kicked a field goal to win it, and those remaining fans second lining out of the Dome talking about, Who Dat!

Next they go to LA., to play the Rams in one of the biggest regular season games in 3 seasons. The game would’ve been a matchup between two division leaders fighting for a playoff bye, but the Rams got whipped by the Vikings, making the showdown slightly anticlimactic.

Still, against the Rams, the Saints defense will be playing the highest ranked offense they’ve faced since this 8 game winning streak started.

Who would’ve thunk this after the team’s 0-2 start when they seemed destined towards another losing season.  But here they are, these Saints, marching toward relevancy again.

After rallying for their gutsiest win of the season, the only question is how far this team can go. That’ll primarily depend on Sean Payton and how much he continues to feature the running game.  It’s becoming clear that this Drew Brees is an aging version of himself. This Drew struggles throwing the ball downfield, and there’s not much zip on his out-routes, hence the interceptions.

It’s true that in this game Brees did end up throwing 41 passes compared to 23 runs, but it’s also true that when the game was on the line, Payton called plays that put the ball in the hands of Mark Ingram and Alvin Kamara, the two running backs, the strength of the team. We’ll see if that dependence transfers to bigger moments in bigger games.

Some may be worried about the defense, given that they got pushed around and gave up 31 points to a banged up Redskins offense, but the Redskins were a desperate team that has been competitive in wins and losses, plus they have a franchise quarterback in Kirk Cousins, so there’s no shame in slugging it out with that team.

Some may be hesitant to say it, but given the way they’ve played this past 8 weeks, this is the best Saints team Sean Payton has fielded, and that includes the Super Bowl team.

That’s what you call a winning foundation. Will it be enough to win another Super Bowl? Who knows? It’s too early tell, but one thing is for sure, if this team keeps riding its strengths, playing physical football, they’ll be hard team to deal with come playoff time. Until then, cue up the Casanova, and let’s second line to a rebirth few people saw coming.

One thought on “These Saints Are Marching”