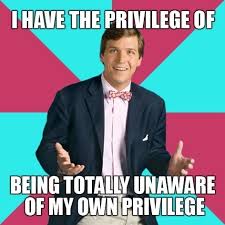 Racism is a doctrine or teaching, without scientific support, that does three things. First, it claims to find racial differences in things like character and intelligence. Second, racism asserts the superiority of one race over another or others. Finally, it seeks to maintain that dominance through a complex system of beliefs, behaviors, use of language and policies. Racism ranges from the individual to the institutional level and reflects and enforces a pervasive view, in white dominated U.S. culture that people of color are inferior to whites.

Racist beliefs include things like “White people are smarter than people of color,” or “White people make better teachers.” Racism can manifest itself in terms of individual behavior through hate crimes, or in institutional behavior through employment discrimination. Racism might manifest in individual language through the use of slurs, or in institutional policy through a school’s selection of Eurocentric textbooks.

Related to these relatively obvious manifestations of racism is a subtle system that also contributes to the maintenance of the racial status quo. That subtle system is white skin privilege.

White skin privilege is not something that white people necessarily do, create or enjoy on purpose. Unlike the more overt individual and institutional manifestations of racism described above, white skin privilege is a transparent preference for whiteness that saturates our society. White skin privilege serves several functions. First, it provides white people with “perks” that we do not earn and that people of color do not enjoy. Second, it creates real advantages for us. White people are immune to a lot of challenges. Finally, white privilege shapes the world in which we live — the way that we navigate and interact with one another and with the world.

White people receive all kinds of perks as a function of their skin privilege.

My father, who has worked in economic development for 30 years, would explain away these examples of white privilege as simple functions of supply and demand economics. White people still constitute the numerical majority in this country, so it makes sense, for example, that bandaid companies would manufacture “flesh-tone” bandages for white people.

Even if I concede to his argument (and ignore the “buying power” of communities of color), it still does not change the impact of these white privileges. As a white person, I get certain perks that people of color do not; I get the bandages and the pantyhose and the shampoo at the hotel that works with my hair. And in a new grocery store, I will not have to scan the aisles for my hair care products. They will be in the section called “hair care.” This is how I experience the world.

“White privilege is a hidden and transparent preference that is often difficult to address. Only on closer inspection do we see how it creates a sense of entitlement, generates perks and advantages for white people and elevates our status in the world.”

These seemingly benign perks also demonstrate a danger on closer examination. Let’s say that I forgot to pack my shampoo for a business trip. When I get to the hotel, I see that the complimentary shampoo is not the standard Suave product to which I am accustomed but rather Pink Oil Lotion for African American hair. I would be surprised and might even think to myself: “Those black folks and all their lobbying … This is so unfair!” I expect these perks. As a white person, I think I am entitled to them.

Certainly, white privilege is not limited to perks like band aids and hair care products. The second function of white skin privilege is that it creates significant advantages for white people. There are scores of things that I, as a white person, generally do not encounter, have to deal with or even recognize.

All of these things are things that I never think about. And when the tables are turned and my white skin is used against me, I am greatly offended (and indignant). The police department in my community, like so many other law enforcement agencies throughout this country, uses policing tactics that target people of color. Two years ago, I was driving down Rosa Parks Boulevard, a street that runs through an all-black and impoverished area of town, at night. I was looking for a house that I had never been to before, so I was driving slowly, stopping and moving as I searched for numbers on residences.

Out of nowhere, this large police van pulled me over, blue lights flashing and sirens blaring, and a handful of well-armed police officers jumped out of the van and surrounded my car. I did as I was told, and got out of my car. (“Hands above your head; move slowly!”) I then succumbed to a quick physical pat-down, as well as a search of my car. The officers had pulled me over — not only because of my erratic driving — but also, because, in the words of one officer, I was “a white woman driving down Rosa Parks after dark.” They thought I was looking to buy drugs.

When I went to the office the next day, I relayed my story to several white colleagues. They shared my sense of violation, of anger, of rage. These co-workers encouraged me to call our legal department and report the incident. I later told the story to a colleague who is black and who lives on Rosa Parks. “You just never have to worry about those things, do you, Jennifer?” she asked and then walked off. In twelve words, she succinctly challenged my sense of privilege.

Consider the following:
• When I am told about our national heritage or “civilization,” I am shown that people of my color made it what it is.
• Related, the schools that I attend or have attended use standard textbooks, which widely reflect people of my color and their contributions to the world.
• When I look at the national currency or see photographs of monuments on the National Mall in Washington, D.C., I see people of my race widely represented and celebrated.

As a white person, I see myself represented in all of these places. And, until a couple of years ago, I never questioned that representation — or why people of color were excluded. After all, people like me have done a lot for this country and for the world. If people of color had done their part, so the theory goes, they too would see themselves represented.

Well, people of color have done more than their share for this country. There is an old saying that the victors of war get to write the history of the world. White privilege works this way, too. Since white folks have been in control for so long, we have determined what is valuable or interesting or useful in terms of education. Greek and Roman mythology, Chaucer, and other canonized works have been selected and revered through the ages as critical components of any “solid liberal arts education.”

I rarely have to question the validity of these selections — this is, after all, what is valuable and considered “the real stuff.” And I am entitled to a good education, aren’t I? I never question how or why some things are valued and others are not — why some things are important to “us” and other things are not. When people begin talking about diversifying a curriculum, one of the main things that opponents say is: “I am not willing to lower standards for the sake of minority representation.”

The Black Student Coalition at my college, for example, lobbied the faculty to diversify the readings for the Literature 101 class, a required course for first-year students. One professor objected, saying: “You want me to replace Chaucer with the likes of Alice Walker?” Why do we value Chaucer more than the literary offerings of Alice Walker, Toni Morrison, or Audre Lorde? Who assigns that value and on what basis?

Things are starting to change slowly. Perhaps your high school hosted programs during Black History Month or during Asian and Hispanic Heritage Months. Maybe your college offered courses in Black, Latino, Caribbean, Native American, Asian or ethnic studies. These are good places to start, but we should not need separate months or classes. Black history is U.S. history; Chicano literature is valuable literature.

White privilege is a hidden and transparent preference that is often difficult to address. Only on closer inspection do we see how it creates a sense of entitlement, generates perks and advantages for white people and elevates our status in the world.