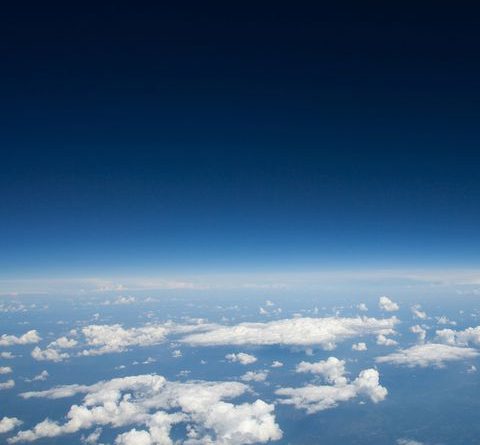 •Netflix documentary Behind the Curve has sparked new interest in Flat Earth conspiracy theorists.
•Despite overwhelming evidence, some people don’t believe the earth is round.
•Research indicates that conspiracy theorists are draw to extreme ideas because they want to feel unique.

A new documentary has everyone talking about a wacky breed of conspiracy theorists known as “Flat Earthers”—literally, people who insist that the Earth is flat. Behind the Curve, now streaming on Netflix, follows Mark Sargent and Patricia Steere, two figureheads in the Flat Earther community who have designed a number of experiments to prove that Earth is not actually round, contrary to what we’ve been led to believe all these years.

Spoiler alert: Science isn’t on their side.

We’ve known the Earth is round for a long, long time. According to Historian Jeffrey Burton Russell, Western societies have known the Earth is round since the third century B.C., the History Channel reported. Scientists, philosophers, and mathematicians have calculated the planet’s spherical shape using the sunrise and sunset, shadows, and Earth’s physical properties.

Although it’s not clear when opposition to traditional thinking began, a man named Samuel Rowbotham published a 430-page book in 1881 dedicated to the idea, Pacific Standard reported. This work, titled Zetetic Astronomy: Earth Not a Globe, inspiredSamuel Shenton to found the Flat Earth Society in 1956. Now, modern Flat Earthers take to discussing their theories on social media. The Flat Earth Society Facebook group has 190,000 members, and another group simply called Flat Earth, has more than 200,000. Of course, there may be overlap in group membership.

For Valentine’s Day, The Flat Earth Society created cards that fans could share with fellow believers. Advertisement – Continue Reading Below

The Flat Earth Facebook group commonly calls NASA out for being fake.

There’s no way of knowing just how many people adhere to these beliefs, but SEMRush, a marketing data and trends provider, says “Flat Earth” is the third most Googled conspiracy after Sandy Hook and Area 51.

For those of us who understand the Earth is round, it can be hard to imagine any other way of thinking. So why do people believe in the Flat Earth conspiracy—or any other conspiracy theories, for that matter?

It’s easy to dismiss Flat Earthers as being stubborn or argumentative, but psychologist Karen Douglas of the University of Kent in the United Kingdom told LiveScience they really believe what they’re saying. “It seems to me that these people do generally believe that the Earth is flat. I’m not seeing anything that sounds as if they’re just putting that idea out there for any other reason,” she said.

Dr. Joseph Pierre, M.D., Health Sciences Clinical Professor in the Department of Psychiatry and Biobehavioral Sciences at UCLA, told Men’s Health that psychologists are still trying to determine why people are drawn to conspiracies in the first place.

So far, they’ve found that conspiracy theorists seek cognitive closure, meaning they want to find explanations when none are available. In the case of Flat Earthers, where there’s ample evidence that the planet is round, this group might be drawn by teleologic thinking, meaning they believe hidden forces, purposes, and motives are behind certain events.

Some research shows that conspiracy theorists want to be unique, and have lower levels of education and analytical thinking skills, he said.

Although it’s easy to dismiss these groups as radicals, chances are you already know a conspiracy theorist.

“That said, studies have also revealed that half of the US population believes in at least one political or medical conspiracy theory. So belief in conspiracy theories is far more ‘normal’ than many of us might think,” he explained.

Even though their beliefs are blatantly false, Daniel J. Clark, who created the new documentary, argues we should be more respectful of Flat Earthers.

“I think the first step is to not be condescending and not to talk down and not belittle people whose beliefs, in most people’s eyes, are wrong, because that doesn’t change much,” he explained to Entertainment Weekly.

Pierre agrees with Clark, explaining that this approach is likely futile.

“Ridicule and argument don’t appear to be effective strategies if you’re trying to change ‘hearts and minds,'” he said.

Some people are so far down the rabbit hole, there’s no changing their minds, he said. But Flat Earthers who are still looking for answers may be reasoned with–especially if you leave out the ridicule.

“Empathic listening is usually the best place to start,” he said.