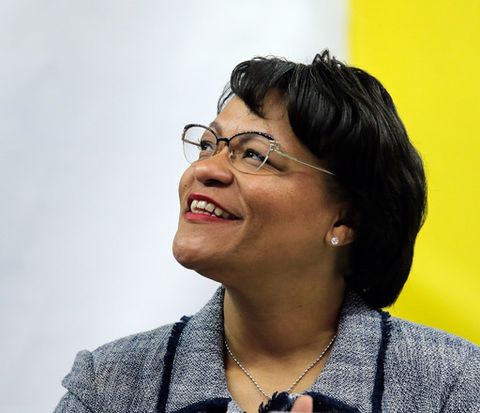 This may be the best class of political leaders New Orleans has ever had. Our representatives have delivered cash and transformative legislation the like of which have never before been seen in this city.  And these Democrats have done this despite being politically outnumbered in this deep red state. Furthermore, this latest great performance comes on the heels of an historic session that transformed our state.

Led by Mayor LaToya Cantrell, our team of legislators were able to secure around $75 million dollars in immediate cash for infrastructure.  Our city’s most important department- The Sewerage & Water Board – should be able to regain solid footing and protect our people and property.

The political acumen and personal buoyancy of Mayor Cantrell is often underestimated but has never been duplicated.  Many questioned her “foolish” attempt at fair share as politically settled and currently impossible.  Afterall, the likes of Dutch Morial, Sidney Barthelemy, Mark Morial and especially Mitch Landrieu had failed to get similar legislation passed, and with the exception of Landrieu, they had Democratic governors and/or Democratic dominated legislatures.  Yet, Cantrell made a bigger ask of a highly conservative Republican and openly New Orleans hostile legislature.  She delivered!  WOW!

During her mayoral campaign, Cantrell was similarly underestimated.  She was a Cali girl, who had only served one term on the city council, running against a stout group of New Orleans political and business elite.  And despite political theatrics all around her, she remained focused and became the first woman ever elected mayor of our great city.  Cantrell’s surprising victory was a precursor to her more astounding success with the legislature and belies a political acumen heretofore unseen in the mayor’s office.

Equally impressive is the performance of the New Orleans delegation. While their Republican counterparts focused on an if/then abortion bill, NOLA legislators like Joe Bouie, J.P. Morrell, Walt Leger, and Jimmy Harris led this delegation and formed a formidable wall of progressiveness and togetherness that adroitly passed legislation that protects and uplifts the lives of New Orleanians and Louisianans.  Last year’s long overdue unanimous jury legislation combined with gentrification bending pauses on property tax hikes and the releasing of thousands of nonviolent offenders from state prisons have improved our neighborhoods, families and city.  The latest policy changing, life improving legislation was the result of the great work of District 99 representative James Harris. Almost always wrong and prejudiced, eyewitness testimony has actually led to the erroneous deaths of innocent people in Louisiana.

“Although this legislation can’t right previous wrongs, juries can now hear how flawed eyewitness testimony is.  In our state two innocent people have been executed, based mainly upon eyewitness testimony that was later proven false.  This legislation can prevent that from ever happening again in our state,” said Harris who sponsored the legislation.  As part of criminal justice reform in Louisiana, this legislation prevents abuses that have plagued our system for too long.  And this is just another piece of progressive legislation sponsored and passed by local NOLA legislators in the lasr two sessions.

The role of Governor John Bel Edwards can not be understated.  New Orleanians now have reason to enthusiastically support his reelection bid. Gov Edwards has evolved into the pragmatic, capable leader the state needs going forward and unlike Bobby Jindal, will be a real contender for President after his second term expires.

Though not perfect – much of the new state funding comes from regressive sales taxes- and questions remain about spending, this is a great haul for NOLA.  This is why people died to get the right to vote!  Kudos to Mayor Cantrell and the entire legislative delegation from NOLA.