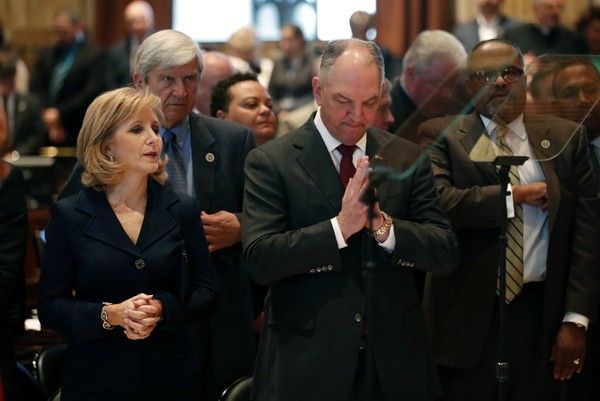 How this affects his reelection

National Democratic Party leaders’ criticism of Louisiana Governor John Bel Edwards is not only short sighted and unrealistic but potentially politically damaging.  Make no mistake, Edwards signature on the latest abortion rights attack bill is as political as it is ethically consistent with his publicly stated personal beliefs. But while national Democratic leaders are engaged in a battle with President Donald Trump and the national Republican Party, locally John Bel Edwards must not only appease progressive Democrats but conservatives across Louisiana.

Edwards is the only Democrat elected to a statewide seat.  And Edwards was elected as a pro life Democrat.  His position has never wavered, yet some local and national Democrats are highly upset with Edwards and threaten to derail his upcoming gubernatorial campaign.  Talk about throwing the baby out with the bath water.

Edwards has always been, at best, a conservative Democrat.  Yet during his first term, Edwards delivered Medicare expansion, criminal justice reform and worked with New Orleans Mayor LaToya Cantrell to deliver more infrastructure cash to NOLA.  Though using some regressive tax schemes for some of the funding, Edwards has also stabilized the state’s budget and increased salaries for Louisiana teachers.  Astute and savvy, Edwards success has come mainly via back breaking political tactics used against the Republican legislature bolstered by strong voting blocks, especially the legislative Black Caucus.

And his signature of the abortion bill virtually assures his reelection.  Quick geography check and Louisiana is still a part of the dirty deep south, where people skew very conservative.  And though Edwards currently is the most powerful political force in Louisiana, his veto of the bill would have weakened him so much that his reelection would be dicey at best. The political calculation was easy.  Signing the abortion bill makes Edwards much more palatable for Republican voters across the state

Edwards seems to have hit the sweet spot in pleasing disparate and divergent voting blocs.  Most importantly, Edwards gets to stay true to his personal beliefs.  He has always been a pro-life politician.  Yet he is a registered Democrat.  And his progressive positions on healthcare, fair share and teacher pay are enough to galvanize his liberal base as he seeks reelection.  Meanwhile, his support of a highly conservative abortion bill endears him to the conservative populace that dominate the voting rolls across the state.

That leaves little room for attack from future challengers.  Sure, he raised taxes, but he delivered healthcare to a poor population of whites who actually voted against their own interests but now enjoy the benefits of his policies.  The state’s economy is doing better than any year under his predecessor, Bobby Jindal.  And even after releasing large numbers of nonviolent inmates from state prisons, crime has dropped every year statewide since his election.

National Democratic Party leaders’ protestations might temporarily dampen the governor’s approval ratings, but over the long haul this too shall pass as the reality of electing a more conservative Republican becomes apparent to Democrats. And although a vocal minority of highly invested abortion rights activists are raising a ruckus now, they will have little options in the upcoming election.  Even they will likely vote to reelect Louisiana Governor John Bel Edwards.