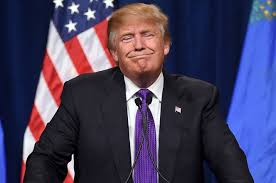 President Donald Trump has accomplished nothing so far as President.  But by signing the recently passed tax bill, Trump will have something special to brag about.  And since spinning the truth or lying about reality are part of the administration’s playbook, the fact that Trump claimed “All Americans will get the biggest tax break in history” really depends upon who you are.  If you are super-rich or a huge corporation, then you just got a tax break.  If you are middle class or poor, then you just lost tax benefits to pay for the tax breaks of the super-rich and corporations.

So while the rich getting richer is a part of the Republican agenda, increasing the deficit is not supposed to be.  In lock step, Republicans claim that the increases in the economy will offset the $1.3 trillion in debt that this plan leaves.  In fact, Mitch McConnell claims that the plan will reduce the deficit because of an expanding economy.  Yet no Republican offers any proof or past evidence to support these claims.  However, every nonpartisan group that looked at the data says the deficit may actually increase more than the $1.3 trillion that the Republicans acknowledge.  But the official agency charged with tracking tax plans, the Joint Committee of Taxation issued a report that concludes that even after accounting for economic growth, this new tax plan will add about $1 trillion dollars to the deficit. Even worse, a report from the nonpartisan Tax Policy Center wasn’t nearly as rosy, concluding that the bill will add $1.3 trillion to the deficit after factoring in economic growth.

And another key factor is that some of the trickery required to pass this legislation requires that the every tax cut in the Senate version of the bill is slated to expire in 2025. This was necessary because government rules that do not allow adding to deficit beyond ten years, so Senators simply eliminated every individual tax cut in the bill.  But every single tax cut that you will enjoy for the next 10 years will expire. Mind you the business tax cuts are permanent. But, Republicans double talk and say the intention is to continue these taxes in ten years for another ten years. Doing this will only add even more to the deficit.

The richest 1% and large corporations will see huge 15% tax cuts.  This is what Trump is referring to when he says, “the biggest tax cuts in history.”  But according to the Tax Policy Center, at least 20 – 25% of the middle class, who earn between $86,000 and $300,000 will experience an immediate tax increase, resulting from the confluence of lost itemized deductions, eliminated personal exemptions, and slower indexing of the individual tax brackets.  And he bill is designed to not impact the poor.  While many of the poor will not see a tax increase, they will lose a portion current benefits, like the child income credit, which will no longer be refundable, meaning no cash payouts which poor people usually view as a windfall for large purchases.  These lost benefits will be shifted to the richest 1%.

By eliminating the mandates, millions of young and healthy people will opt out of the system.  The problem is that these premiums help to pay for the older sicker people’s costs.  This tax cut will significantly impact Obamacare and leave millions of Americans without affordable insurance.  These costs are not even considered in the deficit numbers, but a return to staggering and deficit increasing healthcare costs will only add more money to the deficit.  Oddly, Republican Senators John McCain and Susan Collins, who voted to support Obamacare voted for this bill that severely damages Obamacare.

Republicans and Trump may suffer stinging future defeats after the cataclysmic effects of the new tax initiative are finally enacted.  But Americans will suffer a slowing economy, hyperinflation and a numerous jobs losses after 10 years of this legislation.