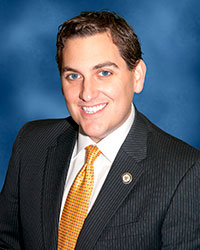 Leger’s motivations have come into question, with many speculating he has put forth this bill in the hopes of affecting the field in the next New Orleans mayoral race and restricting who is legally permitted to cast votes in the race.

What Leger does not consider, is that former convicted felons turn their lives around every day.  There are countless “success stories” about men and women who found new motivations while serving their sentences and reentered society in the most positive ways.  Many former convicts complete college degrees, write books, serve as motivational speakers – all methods of giving back and making the most of their second chance.  Maybe Walt Leger does not believe in second chances. Perhaps, Walt Leger believes the concept of redemption is just a fairytale.

Last year when former State Senator Derrick Shepherd qualified to run for the Louisiana House of Representatives, he faced an uphill battle from the beginning.  Shepherd, a Marrero lawyer who once held public office, is a former convicted felon. Legally, Shepherd was barred from seeking or holding public office in Louisiana. Shepherd successfully challenged that law, all the way up to the Louisiana Supreme Court.  The Louisiana Supreme Court voted almost unanimously to strike the law down.  Now Walt Leger has taken it upon himself to “fix” the law and once again deny a second chance to every reformed inmate.

Leger’s bill even goes a step further; Leger wants to prohibit former convicted felons from accepting an “appointment of honor, trust, or profit”. This is the sort of vague wording that gives unscrupulous officials broad power and discretion often resulting in dire consequences for black people.  We should be creating pathways for people to become productive citizens, not chronic trouble makers.

In Louisiana, former convicted felons can be admitted to practice law. There is no ban on admittance to the legal community; as long as a candidate has the requisite education, the only stipulation is that the candidate for bar admission “bears the burden of proving his or her good moral character and fitness to practice law by clear and convincing evidence”.  Leger, a lawyer himself, knows that many lawyers are admitted to practice in this state while having less than stellar records – usually from acts done during their juvenile years or during their undergraduate studies (on spring break, for instance).

Not only does Leger intend to restrict who can seek or hold public office, Leger’s bill will also suppress the voting rights of convicted felons who have served their time in prison. By leaving in one line of the old law, Leger will keep at least 70,000 ex-felons off the voting rolls because they are currently on probation or parole.

Proof of over policing in the African American community is undeniable.  Here’s an interesting fact: 85% of the people detained in jail in New Orleans are black, while the black population in New Orleans is closer to 60%. Unless Leger offers changes, his bill would deny 100% of them full citizenship even after they have paid their debt to society.