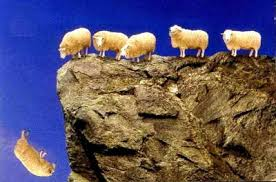 The shocking collapse of Desiree Charbonnet’s mayoral primary run parallels white flight to the suburbs from New Orleans in the 70’s.  Though dramatically different attitudes and perspectives exist nearly 50 years later, at the most distilled level, a fear of some imagined corrupting aura around African Americans is the source of much of this white flight.  Listening to the hyperbole of business and self-appointed people’s leaders, white voters acted like mindless sheep and deserted the Charbonnet candidacy in droves.  But just as many whites, after fighting daily traffic snarls and soulless neighborhoods came to recognize that city life ain’t so bad, a thoughtful look at the attacks on Charbonnet might cause some kind of campaign gentrification. 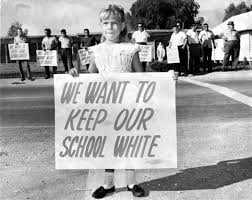 ’s the white  conventional wisdom was that just being in the same school with black kids would corrupt or destroy the education of white children and was a primary reason whites chose to leave Orleans Parish.  Today, many schools in New Orleans produce some of the most diverse and successful graduating classes in the metro area. And those whites who chose to ignore the conventional wisdom of that time and stayed in New Orleans were the progressive, thoughtful and committed citizens our city needed and still needs today.  Like civil rights pioneers, Uptown, Algiers, Gentilly and Lakeview whites eschewed the simple minded hyperbole espoused by 1960’s white leaders and committed to a better New Orleans.

Shockingly, in the recent mayoral primary these same thoughtful, dedicated whites acted more like easily manipulated sheep and did not vote for Ms. Charbonnet.   Much is often mentioned about the alphabet political organizations (LIFE, SOUL, COUP, BOLD, etc.) that supposedly heavily influenced the voting choices of African Americans in NOLA, while whites were most often guided by the Alliance, direct mail and TV commercials sponsored by business elites in NOLA.  And while Latoya Cantrell, Mike Bagneris and Troy Henry might have been deserving candidates, voting against Charbonnet based upon the notion that some corruption might occur is more akin to 1960 thought than 2017 understanding.

Mitch Landrieu.  John Georges.  J.P. Morrell. Wesley Bishop. John Bel Edwards. Helena Moreno. Arnie Fielkow. Cedric Richmond.   All were clients of and supported by Ike Spears and Blair Boutte.  Each of those candidates hitched much of their campaign strategy in New Orleans on the Spears and Boutte firm.  Yet none of these candidates are or have been labeled corrupt.  And to this day Charbonnet herself has served our city for over 20 years and never before been accused of corruption though now she has been labeled corrupt by 2017 business leaders with 1960 type notions. Either all of these politicians are corrupt or Charbonnet is not.

At a time when our city faces huge infrastructure challenges, crime creep and a multitude of everyday issues we need our citizens to make election decisions based upon reality and not racially divisive and false campaigning of long departed eras.  Our city needs an engaged electorate that overcomes insignificant dividers like race and relies upon sound reasoning and thoughtful consideration.

Look at the candidates.  Vote based upon who you think will best serve us citizens.  But don’t not vote because somebody touched a base emotion and scared you with an oft repeated false allegation.

Vote for Latoya Cantrell for mayor if you think she is the best qualified candidate.  But the illogical and offensive conclusion based on irrational fear that Desiree Charbonnet will be corrupt because she has a campaign team of Spears and Boutte is not a reason to vote for Cantrell. 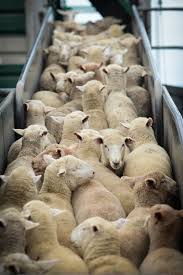 Too much is a stake to be a white sheep being led to slaughter. (Couldn’t resist the pun or imagery).  And like those who now want to return to the same New Orleans  neighborhoods, a long term commitment requires vision and courage.

For real, our city deserves better.