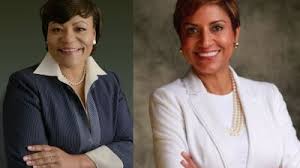 Two women in the runoff for mayor is unprecedented but not unexpected.  Desiree Charbonnet and Latoya Cantrell led in the polls the entire campaign.  What is surprising is that Cantrell led on election night.  Her victory was a surprising shift in the election’s dynamics. After her announcement, Charbonnet immediately became the frontrunner.  As the candidates laid out their platforms and shared their visions for the city, the polling began to take shape.  Throughout, Charbonnet had 30-35% of those polled, Cantrell had 20-25%, and Mike Bagneris had 13-19%.  The polls had been consistent for weeks. But a thunderbolt hit the campaign and election night saw Cantrell surge to the top of the polls.

Negative campaigning is most effective closest to Election Day.  In this race, racially tinged negative campaigning coupled with the angry cries of a self-appointed “voice of the people” in the last couple of weeks of the primary, catapulted Cantrell to the top of the polls.  Read my article here about the negative campaigning.  Even though Sidney Torres’s negative ads seemed peculiarly motivated, his attempt to derail Charbonnet’s momentum by claiming she was corrupt was effective.  Additionally, Charbonnet was attacked by business leaders who tied their claims of corruption to racially disturbing images of Ms. Charbonnet with a gun aimed at white men.  Additionally Bagneris’ campaign was stuck in third and not gaining traction, so he picked up on the negative ads and further damaged Ms. Charbonnet’s campaign. 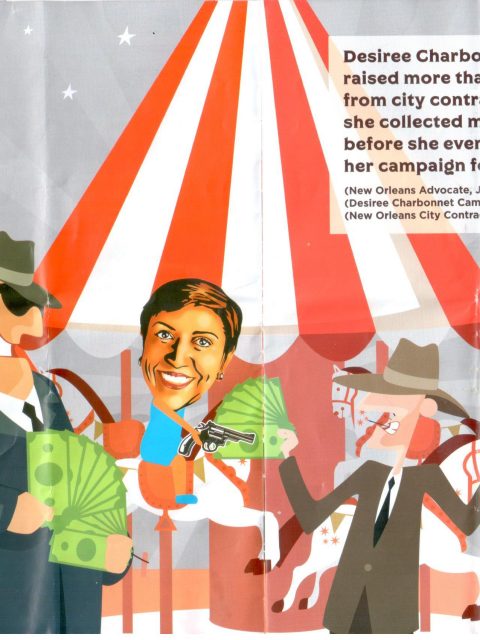 But the primary is over and the runoff starts a brand new campaign.  Endorsements rule in the early days of the runoff.  Typically campaigns negotiate campaign debt or future jobs and contracts in exchange for an endorsement from any high vote candidate.  And the competition for the endorsements is normally intense because endorsements provide a huge validation for the recipient.  During the primary, Bagneris launched personal attacks on Charbonnet’s campaign team, making this endorsement more tricky than usual for Charbonnet and quite possibly tilting that endorsement to Cantrell.  Troy Henry was the only other candidate who received more than 5000 votes and his endorsement will be hotly sought after.

While Charbonnet held the lead for most of the primary season, her path to victory in the runoff is much more difficult.  The attacks have dramatically shrunk her crossover vote. Even though New Orleans is nearly 70% African American, the voting public is closer to 55-45 African American.  Part of the negative move against Charbonnet is her ability to raise money outside the traditional financial power structure.  This independence may ultimately sabotage her candidacy if she doesn’t develop a strategy to court more of New Orleans’ white voters.  Currently Cantrell’s camp seems poised  to ride the attack wave that pushed her to the top.

But 30 days is a long time in politics.  The campaigns are working furiously to get your vote.

One thing is certain.  Our city will celebrate its tri-centennial with the first female mayor waiting in the wings.

2 thoughts on “Surprising finish in the mayor’s race.”