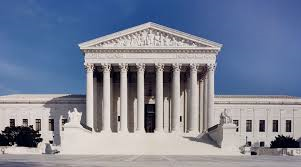 STATEMENT ABOUT THE SCOTUS DECISION ON THE DALE LAMBERT CASE

The SCOTUS could have been on the right side of history this session, but they, instead, decided to deny certiorari in the Dale Lambert case. This denial represents the continuation of the assault upon the Sixth Amendment rights of Louisiana defendants, as well as a defining step backwards in our national journey of social progress and racial healing.

It’s been forty-five years since the SCOTUS, in Apodaca, sanctioned the use of a less-than-unanimous vote.  At no prior point has the SCOTUS had the benefit of a forty-five-year observation period.  Other states could have converted to a non-unanimous jury system after the Apodaca ruling.  Many have debated it. None opted to change. That’s a compelling statement and one that should not have gone unnoticed this session. By maintaining unanimity, the nation (federal system and 48 states) have boldly conveyed the view that the Sixth Amendment trial protections are to be sacredly guarded.

As we reflect on the actions of the SCOTUS, we must take care not to overlook the actions of Louisiana officials.  What they did not do speaks volumes.  Louisiana officials had a chance to file a response.  They elected silence.  I suspect that has something to do with an inability to articulate a respectable defense of this injustice. Citizens should give thought to this.

What the SCOTUS did not do and could not do is contain a movement.  The efforts to restore Sixth Amendment rights will continue and will grow.  Defense attorneys will still raise these challenges in Louisiana courts.  Members of the public will be asked to partake in this debate as an exercise of their civic duty.  They will also be asked to speak their desires to the legislature and also to lend their expertise to this cause.

While there are racial overtones to this law, this is not a race issue.  This is a justice issue. In his famous Letter from the Birmingham Jail, the late Reverend Martin Luther King responded to those who asked: “Why action now?” Dr. King responded:  “[J]justice too long delayed is justice denied….There comes a time when the cup of endurance runs over, and men are no longer willing to be plunged into the abyss of despair.”

The citizens of Louisiana have waited over one hundred years for their Sixth Amendment rights to be restored.  Their cup of endurance has runneth over!  Today’s SCOTUS decision should be viewed as nothing more than formal notice that the location of this justice battle has changed.

2 thoughts on “SCOTUS DECISION ON THE LAMBERT CASE”