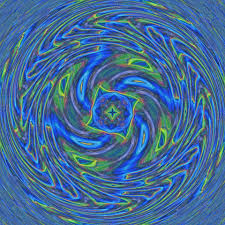 On November 6, 2018, U.S. citizens will find out in which direction elected officials will take the country. Republicans are counting on Donald Trump’s personal appearances, voter suppression, gerrymandered districts, restrictive Voter ID laws, low voter turnout on the democratic side, millions in campaign donations, and Fox News network. Democrats are hoping to take back the house, at the very least, and depending on voters who care about health care, livable wages, Medicaid, Medicare, mental health and addiction treatment funding, sensible gun control laws, and infrastructure improvements.

Sensing the unpopularity of their policies,  the tax cut that few middle class citizens feel, proposals to strip away the rights of 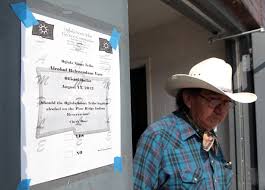 LGBTQ folk, the effort to stop funding pre-existing conditions, the separation of children from their parents and caging them in “detention camps,” Republicans are promising not to take away healthcare funding for preexisting conditions (although the Trump Administration is in court fighting against states that want to keep it in the Medicaid expansion plan, aka Affordable Care Act, aka Obamacare), promising a middle class tax cut (this week), and promising to build that border wall and limiting even legal immigration.

Given the GOP’s extremist advantages like prohibiting Native Americans in North Dakota from voting, sitting on 53,000 ballots for minor discrepancies like Brian Kemp is doing in Georgia, purging voters by the millions, moving and removing polling places, and stopping ex-offenders from voting, Republicans are riding high. The Brennan Center for Justice reported that between 2014 and 2016, 16 million voters were purged from the voting rolls.

Republicans have the tactical edge. As such, it will take more than a hopeful blue wave, more like a blue typhoon to overcome the GOP’s Red Wall of voter disenfranchisement.

Meanwhile, grassroots organizations, lawyers groups, and civil and human rights advocates across the U.S. are fighting state legislatures, the courts, and in the court of public opinion to help citizens keep their voting rights and basic constitutional rights.

Louisiana has its share of GOP strategies in play: gerrymandering, 103 fewer polling places, more than 50,000 voters purged in 2013, ex-felons prohibited from voting, naturalized citizens stopped from voting, (they sued the state over discriminatory registration requirements), voters having to register 30 days before an election or forget about voting, and voters who miss voting in two consequent federal elections are put on the state’s Inactive Voters list, and face being purged.

But there is light at the end of the tunnel. Grassroots activists, legal eagles, and everyday people in the resistance are fighting back. A high turnout of voters casting their votes for Democrats can turn the red tide blue, if voters in other parties and independents vote the democratic ticket.

In New Orleans, A Community Voice, a lower ninth ward based non-profit, is teaming up to meet the needs of a host of voter turnout organizations that are working to increase voting on Nov. 6. The organization will assist in locating voters’ polling place; confirm the location of the voters’ polls and assist volunteer drivers in getting folks to the polls. Voters can call 800-239-7379 and /or leave a message at that number, too. 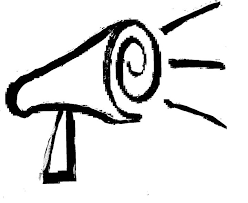 A Community Voice Board member Debra Campbell expressed optimism that a strong voter outreach would increase the predicted lower voter turnout in this year’s midterm, and that having rides available will be especially important for the elderly, people with disabilities and those who want to avoid a walk in inclement weather. Anyone who wants to drive voters to the poll may call the same number to volunteer to drive voters for free to the polls.

Also, Louisiana voters on the Inactive Voters List can still vote on November 6, says Sherrie Wharton Hadskey, Elections Commissioner. “They will have to bring ID and fill out a form to verify their address and they will be allowed to vote. “We don’t have a problem with registration,” Hadskey adds. 87-90% of eligible voters are registered. “People just don’t participate. We’ve mailed out 66,018 ballots. 36,000 people over 65 requested ballots, but only 26,000 were returned.”

Civil Rights Attorney Ron Wilson is involved in several redistricting lawsuits with the NAACP-LDF and ACLU. Wilson spoke at a Voter Registration event sponsored by the Edgar “Dooky” Chase & Leah Chase Family Foundation in February 2018. “Voter apathy is a problem.  If people turned out to vote in large enough numbers, they could overcome the impact of gerrymandering.”  He also spoke before the Louisiana Advisory Committee for the U.S. Commission on Civil Rights. He testified that the 30-day registration requirement was one of the biggest barriers to voting and that it is “discouraging the right to vote instead of encouraging it.” 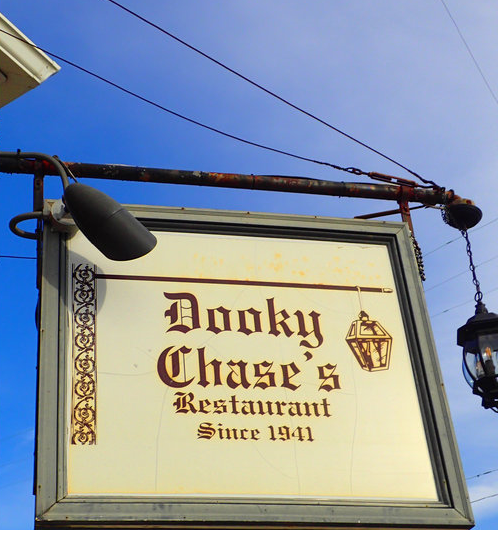 Mrs. Chase, the world-renowned chef of Creole cuisine at Dooky Chase’s Restaurant in New Orleans, at the grand age of 95, still supports the civil rights movement. During the Freedom Summer and beyond, she would feed the freedom riders and hosted gatherings and strategy meetings in an upper room. The famed civil rights leader Oretha Castle Haley and her peers knew they could count on the Chase’s to both feed and fund their cause. Haley’s mother, Doris Castle, worked at the restaurant.

“I’m so proud of those young folk. It’s going to take the young folk to get involved. It was the young folks who created change in the sixties and they’re doing it now,” Mrs. Chase says of the Stoneman-Douglas youth who, in the wake of the mass massacre at their high school, took action and became advocates for gun control legislation. Like the freedom riders before them, they criss-crossed the country speaking out and holding voter registration drives.. 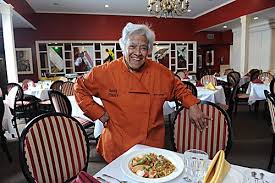 Mrs. Chase’s great-grand daughter, Zoe Chase, 18, sat with two fellow students in the elegant dining room, amid politicians and civil rights leaders. “It’s important that you can vote, so your voice is heard. A friend of Zoe’s, Maddie Cavalier said, “Voting is important because you can choose someone who believes in the things you believe in and want to change.”

“It’s almost a repeat of the sixties,” says Lombard. I just read a report on racism. It has intensified since 45 has been in office.”

“The agenda (GOP) is to disenfranchise people but they’re doing it in a more sophisticated way,” adds Wilson.  After the election of President Obama, Republicans looked at how to try to minimize (African-American) voters, Wilson continues. “They restrict early voting, voters can no longer use student ID. In Texas, they couldn’t use student ID but they could use gun registration. There are at least 19 voting rights cases in the courts now. We don’t want a system that looks like apartheid South Africa.”

Wilson shared these concerns last December at a hearing held by the Louisiana Advisory Committee for the U.S. Commission on Civil Rights. Also offering testimony was Carl Galmon, a board member for the Voting Rights Museum & Institute in Selma, Alabama. Galmon is a well-know civil rights activist. He launched the campaign to rename the Orleans Parish Public Schools, most of which were named for Confederate generals. He also led the City of New Orleans to divest funds from South Africa during that country’s apartheid regime, and hosted an event honoring Winnie Mandela, while director of Marc Morial’s Office of African Affairs.

Galmon spoke about the lack of polling sites in the predominately African-American neighborhoods in Gentilly Woods , Ponchartrain Park and eastern New Orleans. He is highly critical of the New Orleans City Council, who is responsible for polling places.  There are 600 students at Southern University in New Orleans, in Ponchartrain Park and many senior citizens. They have to travel at least two miles to vote at the Baptist Theological Seminary, which has 10 polling precincts. These are southern Baptists. They’re the ones that started the KKK.”

He faults black City Council members who are responsible for the placement of polling places, for the lack of voter access to the polls; especially those who were in office after Hurricane Katrina. “Those negroes ceded their power to the state. Why do we have white people from Baton Rouge running early voting? They would sell their mother for a pork chop sandwich. They need to be held accountable,” says Galmon. He also faults the current black elected officials on the City Council. “I’ve written to all of them about this and I’m still waiting to hear back.”

Hadskey admitted that the state does sent election commissioners to the polls. After Katrina, the legislature mandated early voting assistance by the state in Orleans Parish and four other parishes.

Whatever the outcome of the November 6 election, resistance to Trump  and the GOP’s  culture of corrupt will continue.  The baton has been passed. “It’s young who must make them change. In Florida, young people are mobilized, we hope more join them,” says Judge Lombard.