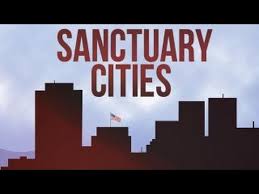 New Orleans Must Become a Destination for African Americans

New Orleans should be a sanctuary city for African Americans.  Every policy and regulation possible should support this notion.  And given the egregiously regressive and burdensome past, city government should fast track all current, available solutions.   Even a cursory glance at   the plight of  hard-working African Americans  in the city provides ample evidence of the urgent need for change.

Our current paradigm has created and sustains the crime-plagued, underperforming city that Pelicans superstar Anthony Davis is spending millions to leave. Low-performing schools contribute to the highest dropout rates in the country.  Gentrification and low-paying jobs force many into the rental market in our city.  People who own their homes are nearly 90% less likely to commit crimes compared to those who rent. Though the murder rate is indeed lower, shootings have increased.  African Americans in NOLA die at alarmingly high rates. Especially when it comes to young people.  We must fix serious and deeply-entrenched problems here quickly.  It can be done with surprising ease if a coordinated attempt is employed.

Characteristics of the sanctuary should include community-based policing, jobs training, living wages, home ownership programs, good neighborhood schools, quality healthcare and ample business opportunities with direct access to available financing.  Combined, these targets will dramatically reduce poverty and improve the quality of life for all our citizens.  With access to good-paying jobs and pathways to home ownership, crime will drop precipitously.  Working men, who earn living wages, will fatten city coffers via property and sales tax payments.  Needing fewer police officers, more money could then be shifted into job training programs which prepare young people to enter the workforce.

The Sewerage and Water Board can be the greatest jobs program in city history.  With billions of FEMA dollars scheduled to be spent repairing crumbling infrastructure, the board must hire, train and demand excellence from its repair people.  From the street hustler to the street plumber, our men must be transformed by new opportunities.  Work financing for home purchases could be matched by local banks who partner with the city and water board.

Eighty five percent of people who commit crimes do not own their homes. Neighborhoods where people own their homes are cleaner, safer and provide ancillary activities (kids sports programs, block parties, etc.) that promote healthier living.  Living wages help people qualify for mortgages.  City-sanctioned home ownership classes would motivate and inspire people to save for down payments and improve their credit scores.  Soft second mortgage programs should also be expanded.

Working families need close and convenient good schools for their children.  Our experiment with charter schools must shift to emphasize local school excellence.  Good neighborhood schools reduce stress, increase participation and reduce dropout rates, which in turn strengthen families.  Parent-school partnerships are easier when parents are able to access school personnel close to home.  Friendly rivalries centered around athletic and academic achievement will transform educational achievement[  in The Bowl.  Businesses could offer cash prizes to the students who perform best and the schools which achieve great successes.

New Police Chief Shaun Ferguson has risen through the ranks and is a man from our streets who now leads the men and women who patrol our streets.  He says, “The community and police must form a partnership.”  He is correct when he says the NOPD needs citizen support.  Right now, our governance style contributes to criminal behavior.  Arresting and jailing people for minor crimes, even for short periods of time, has dramatic and real effects which result in yet more crime.  Instead, community policing operates in an atmosphere of cooperation and respect.  Too often, police have operated with a rigidity and oppressiveness which has stifled the community support it needs and deserves.

For too long, New Orleans and other municipalities have focused on fines and fees to finance government.  Police are the arbiters of who gets pulled over and issued a ticket.  Furthermore, rigid rules and immediate late fees from municipal utilities create undue stress in an already overburdened populace.

In the 21st century, our cities must uplift the lives of the citizens who make these places home.