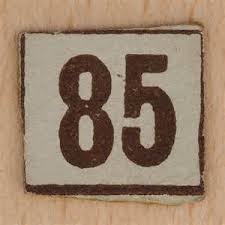 New Orleans is really about the number 85.

First one: 85% of eligible African American men in NOLA do not own homes.

The bedazzlingly incompetent Mayor Mitch Landrieu sank more money into funding for more police without seeking a complementarily and equally funded jobs program was the proverbial Band-Aid as cancer treatment.  Turn on the news, listen to the radio, open an app on your phone and for all you old schoolers out there, look at a newspaper, and stories of crime abound. Usually every story will allude to the lack of police in NOLA.  And the spin masters in City Hall have convinced many that there is a culture of violence in New Orleans. (Insert smiley face here cause people don’t recognize the crying face)

“The only way to stop crime is to reverse this culture of violence in our city,” Landrieu claimed.

This claim – that a majority of black people wake up thinking about the best uses of violence –  is as unsubstantiated as President Trump’s claim of migrants coming to rape and pillage.   But while all the citizens of New Orleans view crime is a major problem, they consistently rejected the previous administrations attempts to dedicate more tax dollars for increased police.  We deserve a real solution.  For starters, most agree that the city must take drastic measures to halt the violence that plagues our city. Yet, for far too long the city has viewed crime from a single minded perspective. And after two terms in office, crime has increased dramatically under Landrieu. His focus on claiming some black criminal proclivity as the basis to hire more police has been disastrous.  The department is still struggling from a lack of direction and shootings and killings are skyrocketed under Landrieu.   The citizens’ demand is for jobs and creation of a vibrant local economy.

Think 504 THOUGHT: PREVENTING CRIME IS NOT A POLICE JOB. 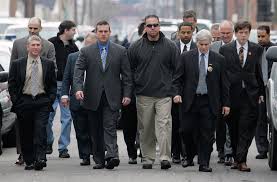 Make no mistake.  Hiring more police will lead to more arrests. But the majority of proactive arrests new police make are nonviolent drug offenders. Arresting these people does not address the underlying problems.  Read my article here about how arresting people for nonviolent crime actually increases crime. If we really want to break from the crime problem/mass incarceration bankruptcy cycle, then we should address the real problems.  46% of African American men are unemployed in New Orleans.  Of those employed, only 59% earn more than minimum wage.  So fully 85% of black men in New Orleans need a good job.

For people to support the NOPD, better utilization of current manpower is the first step.  We currently have enough police officers to handle the number of calls we get. But the current top heavy structure of the department, places an emphasis on people’s careers rather than responding to citizen calls.   Recent shifts of more officers from headquarters to answer calls has dramatically increased police response times. We still have an unacceptable 4 to 1 manager cop to street cop ratio.  We just need more boots out of the office and onto the street. 85% of the officers on the force should be shifted to the street now.

We have a jobs problem not a culture of violence 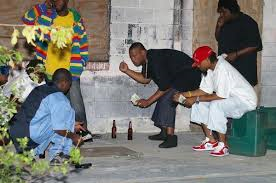 Texas, Alabama and Georgia have drastically reduced crime by focusing on drug addiction treatment and job creation rather than increased policing and more prisons. For these states, the savings are growing steadily and reaching over $85 million per state. Factor the reduced need for police, and probation and courtrooms and DA offices and indigent defenders and the savings these states will realize projects into the billions. This does not include the improvement in the local economy because of reduced crime.

The definition of insanity is to continue to do the same thing and expect different results.  Hiring more police and filling prisons will not reduce crime!  WE ARE THE LEADER ON THE ENTIRE EARTH IN PUTTING PEOPLE IN PRISON.  AND WE STILL HAVE THE HIGHEST CRIME AND MURDER RATES IN THE WORLD.  More police will not solve the problem.  We need a comprehensive jobs creation program.

Our new city government and our citizens have to become more engaged.  If New Orleans is to become the world class and great city we all want, then the elevation of the African American family is the greatest single element in the formula.  Strong African American families will have men and women working in good paying jobs that allow them to own nice homes in safe neighborhoods.  Only then will crime be reduced.  Murder will fall because people will be busy paying their mortgages online instead of hustling the mean New Orleans streets to cobble a living.

But the best 85 is: home owners commit crimes 85% less frequently than renters.

7 thoughts on “Hiring More Police Is Not the Solution”