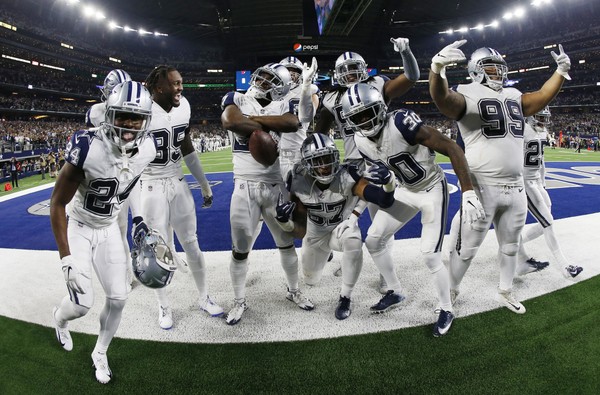 We May Have A Problem

Is Drew Brees in a slump? Can you tell P.J. Williams from Eli Apple? The Saints soared to start the 3rd quarter of the season. And then just like that, they tumbled.

You might want to hold off booking that trip to Atlanta. The Saints still have some issues to sort out. You wouldn’t have known it the first two games of the 3rd quarter. The Saints ran completely dominated the Bengals and Eagles. Drew Brees was in MVP mode, going 44-75 for 628 yards, 7 touchdowns and no interceptions in those games. The offensive line was mauling, paving the way for 417 yards rushing on 84 attempts. That’s nearly 5 yards a carry. Against the Bengals and Eagles the defense gave up less than 200 yards passing  and allowed only 21 total points. The Saints were playing so well, fans (this one included) were like, “When’s the Super Bowl?” Then came Atlanta.

The score (31-17) doesn’t show it, but the Saints struggled against Atlanta, on offense and defense. Offensively, Brees threw 4 short touchdown passes, but otherwise, he couldn’t get the ball down the field with Tre’Quan Smith out and the Falcons doubling Michael Thomas. For the game, he was only 15-22 for 171 yards. Atlanta moved the ball against the defense, won the time of possession, and could’ve made the game a lot closer if it weren’t for 4 costly turnovers, 3 of them inside the red zone. Ultimately, the Saints’ O line controlled the game and the team skated away with a victory that proved to be a precursor.

And cursing is exactly what Saints fans were doing Thursday night. For the second game in a row, Brees struggled, but this time worse. He went 18-28 for only 127 yards. For the second game in a row, the opposing offense moved the ball against the defense. And even though defense shut the Cowboys out in the 2nd half, the Saints once again lost the time of possession battle. The Cowboys ended up holding the ball for almost 37 minutes. It was an awful loss and would’ve been just as awful had it been a victory.

Nonetheless the Saints are still 10-2 and in good shape to win the division.  But they’re trending in the wrong direction. In the first two games of the 3rd quarter of the season, Brees was averaging 314 yards passing. In the last two combined, he hasn’t thrown for 300 yards. As a team, the Saints averaged 208 yards rushing for the first two games. In the last two, they’ve only rushed for 215 total. And if P.J. Williams isn’t having a terrible game, it’s only because the quarterback is picking on Eli Apple.

Whew. Lets take a break for some awards. 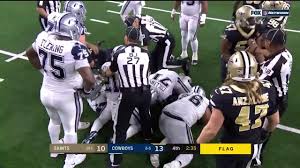 Defense: Cameron Jordan. Cameron Jordan not only makes big plays, he makes big plays in big moments. Down 3 in Dallas with about 2 minutes to go and the Cowboys at the Saints’ 6 yard line threatening to put the game away, what does he do? Strip sack and fumble to set the offense up for a game winning drive. Jordan finished the 3rd quarter of the season with 5 sacks and a forced fumble.

Offense: the offensive line. Yeah, the Cowboys’ D line kicked their asses all night Thursday, but other than that game, the offensive line has been dominant. Brees is still the least sacked quarterback in the league, and thanks to the run blocking up front, the Saints are the 3rd ranked rushing team in the league. 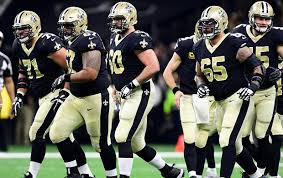 Now it’s the 4th quarter of the season, and the Saints probably need to win out to get a 1st round bye let alone home field advantage. That means they’ll have to beat Carolina for the 5th time in a row and twice in 3 weeks. If that doesn’t happen, the Saints may find themselves on the road for the 2nd round of the playoffs or NFC Championship.  They have the front 7 on defense to win a playoff game in L.A. or Chicago if need be, but they don’t have the secondary. They have the offensive line, running backs, and of course the quarterback to do the same on offense, but they don’t have the receivers (outside of Michael Thomas). Bottom line, to get to the Super Bowl, they’ll need home field advantage. It’s the 4th quarter of the season. They have 4 games to go out and get it.