A few weeks ago a colleague appeared on my radio show to talk about ‘stupid things doctors used to do. We looked at practices from a 1000 years ago to 20 years ago, and the hour we had dedicated was hardly enough time to get through it all. We ended the segment speculating what future doctors are going to think about current medical practice, and the repeal of the Affordable Care Act will likely lead their lists.

I have been reading many articles on the repeal of the ACA since the election of Donald Trump. Many of them are factually and technically interesting, from the cost savings of the ACA to the actual legislative maneuverings needed to repeal. I am however struck by the dearth of examination as to why are we not discussing that we are the only industrialized country in the world not providing a single payer healthcare system to its citizens.

I once read that the business of America is business. From that context, I suppose it makes sense that the healthcare industrial complex would be built on profits. Medicare, a single payer system, operates on two cents on every dollar spent. In other words, for every dollar you pay into the system, you get back ninety-eight cents. In the private market place, insurers operate with a 15-to-20 cent to a dollar margin. In this case, for every dollar spent, you get back seventy-five to eighty cents.

Honestly speaking, which would you opt for? Would you rather get seventy cents for every dollar you spend? Or would you opt for the choice of getting ninety-eight cents to every one hundred cents you spent?

I anticipate that everyone will opt for getting more for their dollar than less.

In the for profit system of the US healthcare industrial complex, the pre-existing condition makes perfect sense. The private insurance company profits on the naked truth that humans are flawed (ie, pre-existing conditions) and charge more when they have to cover the treatment of your headaches because you have had them since you were in your twenties.

If there is ever a time to shift the conversation from the paltry benefits of the ACA to the munificent benefits of a single payer system, the time is now.

If there is ever a time to inform our fellow citizens that our international brothers and sisters pay less money and enjoy better health outcomes, the time is now.

If there is ever a time to poi 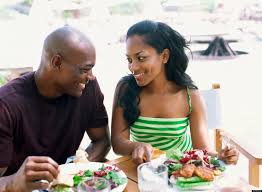 nt out that no other industrialized health care system is built on profits, the time is now.

As we bear witness to the repeal of the ACA, how can we can sit back and not acknowledge that we are fighting just so that we can keep the tiny morsels of a larger more comprehensive single payer health care system that will cover more people for less money, more effectively?

When physicians of the future look back at our healthcare system, I am certain that they will consider the repeal of the ACA an ill-fated mistake, and I hope they will spare us the indignities of being laughed at for our ineptitude.