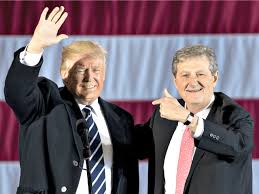 This is a repost of an old article regarding then State Treasurer John Kennedy’s attempt to promote bad policy in New Orleans.  Since now Senator John Kennedy again wants to meddle in the affairs of the city I have to say –

Quite frankly State Treasurer John Kennedy needs to do whatever his job is and stop saying stupid things about what New Orleans should do. His urging the NOPD to start using stop and frisk measures is like Barak Obama telling him to mail unclaimed refund checks to the last known address of the recipient. That ain’t gonna work.

Stop and Frisk Is a Bad Tactic 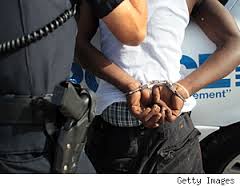 shown to increase community hostility toward the police and reduce the public’s willingness to work with the police.  In the last 12 years, Stop and Frisk in New York City proved to be about 7% effective at reducing crime.  But the city was faced with paying out millions in legal settlements to people who sued the city because police over reached.  Usually Stop and Frisk tactics most often resulted in small drug possession arrests.  In New Orleans, already under a federal consent decree because of police abuse of citizens, stop and frisk would be disastrous.

Current System is Racist, Broken and Costs Too Much

The idea that black people in NOLA are bad and the only way to stop crime is to arrest more of them is obviously wrong.  Louisiana leads the ENTIRE WORLD in arrest and incarceration rates.  But we have a persistent crime problem.  Currently Louisiana spends nearly $5 billion on an ineffective criminal justice system.  Given the budget deficits, a more effective approach to criminal justice is required.  Louisiana Good Ole Boy Government – Spending $5 billion dollars and not reducing crime.

Racial Politics is Partly to Blame

Career politicians like John Kennedy are playing on people’s fears and prejudices to get elected.  Tough on crime, lock ‘em up and throw away the key, and mandatory sentencing are just a few examples of political speech and resulting policies that get people motivated to go to the polls.  Yet crime remains pernicious and persistent. The criminal justice system in Louisiana is the largest employer statewide.  So many Louisianans are happy to hear Kennedy urge New Orleanians to arrest even more of it’s people.  But also understand that Kennedy is not calling for Stop and Frisk in Metairie or St. Tammany.  Promising to arrest black people in Louisiana (nearly 70% of inmates statewide are African American) is a path to political victory.  And Kennedy is actually running for the Senate again!

Invest in Jobs, Training and Education

Rather than this failed policy of more police, more jails, more prison time, an examination of an investment in all of our people will rise all boats.  Rather than insanely try to arrest ourselves out of this problem, we need to invest in a jobs training/infrastructure commitment.  Completely reallocate the portion of property taxes that goes to Audubon Zoo and raise property taxes by 1 mill will generate enough money to create a jobs program that will eliminate blight by repairing half of the blighted property in the city.  Hire and train Orleans Parish men to be electricians and plumbers and carpenters and real estate brokers and even some architects and city inspectors.  Teach them about setting up LLCs and supply training on the state contractor’s tests.  Contract with them to hire new trainees to repair the property. Hire them to fix the broken S&WB system that loses half its water daily to leakage.  Hire 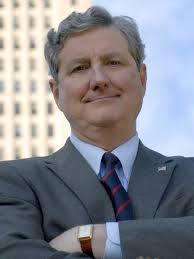 them to fix the potholes and repair city streets.  All of New Orleans will be like Disneyland and the tourist and convention business will explode beyond belief.

Or do what Senate candidate John Kennedy suggests and start using stop and frisk in NOLA.