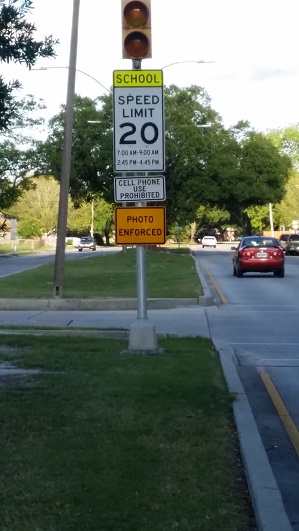 News that Mayor Latoya Cantrell will not immediately remove all traffic cameras is a disappointing development early in her administration.  While the blame for not fulfilling a major campaign promise can be placed squarely upon the Landrieu administration’s Jindal-like accounting practices, Mayor Cantrell and her team encounter an early crossroads and decisions regarding this issue that will reveal the character of this mayor, her team and their ability to make our city the great place to live that it must become.

News that the current budget is based upon collection of traffic camera fees creates the opportunity for Cantrell to transform city government.  While the previous administration was lauded for balancing the budget, this fees and fines approach to governance is as outdated as the non-unanimous jury verdicts in criminal trials that the legislature is attempting to repeal.  Mayor Cantrell also promised to deliver a more economically inclusive city. Accomplishing this will increase revenues much more significantly than the trickery and deception of entrapment traffic cameras.

The fragility of New Orleans’ working class cannot be overstated.  Government programs designed to produce revenue must be balanced against the public good and not be at great risk for paycheck to paycheck families.  The New Orleans traffic camera program is emblematic of the dexterity required by this administration.

Current inner-city gentrification and out of town short term rental investors owners are forcing more families from the inner city and making car travel to work a necessity.  Traffic cameras strategically line the access routes to jobs increasing the likelihood of working class people getting these tickets.  But struggling families usually don’t have extra income for traffic fees and often ignore tickets.  Cars are boot eligible after only two tickets and getting a boot removed incurs more fees.  This cycle is catastrophic and increases government expenses.

SOLUTION to the PROBLEM

Ironically, the city that seeks revenue through fees and fines, especially from car boots will create the need for more costly government services.  Therein lies the great opportunity for the Cantrell administration.  Successful families make great cities.  Our city government must create an environment with paths to success without minefields.  Traffic cameras and the resulting boots are live artillery.  Families will suffer, and our city will continue to stagnate.  Car boots are like shooting ourselves in the foot.

So the decision to slow the reduction in the removal of traffic cameras must be offset by the more important choice to immediately stop the car booting birthed by these cameras.

One thought on “Mayor Should Stop Car Booting From Traffic Cameras”