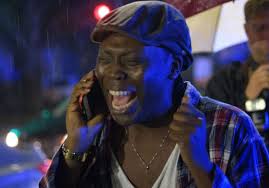 Saturday’s mass shooting on S. Claiborne is significantly caused by currents laws, rules and regulations of the city of New Orleans.  Early details emerged, and we were horrified to discover that 10 people were shot and three tragically lost their lives.  Turns out, the gunmen were after just one person who while running from the gunmen dashed into a crowd hoping the killers would relent amongst a crowd of innocent bystanders.  Undeterred the two hooded murderers shot indiscriminately and killed and maimed those who were just enjoying a Saturday night drink.  At the makeshift press conference, the police chief barked a snappy phrase warning that “if violence is the life you choose, we are gonna make sure that prison is the price you pay.”

Surely, we all agree that the people who shot without regard for innocent life should be prosecuted and sentenced as harshly as the law allows.  Yet our elected officials have some culpability and must be held accountable.  Violence in New Orleans is an ongoing problem.  Conventional thinking maintains that the vitriol and cold-heartedness displayed by these killers is just ingrained in these people.  A local media outlet even provided a rundown of the last 5 mass shootings in the city, dating back to 2013 infamous Mother’s Day second line shooting that claimed Deborah Cotton’s life and injuring 18 others. Just to remind you that this ain’t nothing new.  But as long as we continue to view these killers as incorrigibly and congenitally morally bankrupt individuals, then we choose to ignore how we contribute to the creation of these people and their criminality.

“Sticking your head in the sand does not prevent the tide from coming in.” 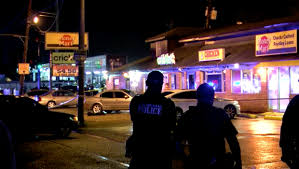 Every action we take is moving us toward an eventual outcome.  Narrative bias allows us all to believe in the irredeemable criminality of black men.  Common refrains we will say is, “Where are the fathers of these young men?  These people today just don’t care. These youngsters don’t care about nobody and going to jail is a badge of honor.” So, then we can move on with our day with the knowledge that there is nothing that we can do to solve this crime and murder problem.  Hire more police.  Build bigger prisons.  Mandatory sentences. Yet violence continues and every few years we have a tragedy like what happened on Claiborne Ave the other night.

Until we understand that this is the thinking that perpetuates this cycle, then criminal behavior will persist.  The harder work is accepting that our contribution to the crime problem is partially the punitive governmental approach we have to dealing with poor black men in New Orleans.  We have told ourselves that poor black men are just lazy and would rather sell a dime bag than work for ten dollars an hour.  Our confirmation bias is assuaged when we hear of killings like this.  Easy to then think, ‘Them N-Words are blood thirsty and evil,” instead of seeing the huge wage gaps and economic disparities between parts of Orleans and St. Tammany Parishes. 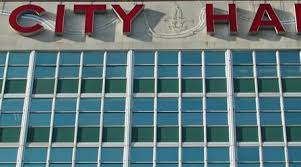 Regressive governance, marked by fines, fees, bail jail, traffic cameras, and car boots exacerbates historical inequity.  Poor people trying to make it are unable to pay a GOTCHA $100 fine in the mail.  Combine a couple of $50 parking tickets, and you are suddenly boot eligible.  Getting booted could easily cost an entire paycheck.  No car means getting to work is really hard.

Being late for work or missing work completely can easily lead to job loss.  Having no transportation and being jobless creates tremendous stress on an entire family.  Fast cash is often illegally obtained.

Being arrested for a petty crime and serving 30- 90 days in jail until a judge sentences you to time served is an extreme form of regressive governance.  Returning to the streets after even a 60-day jail stint likely means homelessness and all earthly belongings lost. Elderly parents, who are struggling to pay the increased water and electric bills can offer little if any assistance.  Young men face few options for income and housing.  This happens daily and to hundreds of young men in New Orleans.

And all this starts with a  speeding camera ticket.  Is the city’s need for cash so great and limited that we must disrupt the lives of our citizens?  Many are able to regroup and never enter the criminal lifestyle.  Some dip their toes in rationalizing that selling a little drugs in the short term is doing what you have to do.   But with local unemployment currently around 35% for black males in New Orleans, those who see no other option to earn income but from illegal activity is significant. Transforming our approach to crime starts with our biases.  We choose  to rationalize about some deficiency in upbringing or education of poor people is the reason for their circumstances.  Even for those for whom this is true, we still ignore other salient contributory factors.  Yes we should arrest and prosecute these guys.  Never see freedom again.  But moving past our limitations and recognizing the systemic contributing factors to crime is a start to stopping the next group turning to crime and shooting up a crowd.

5 thoughts on “City Contributes to Climate for Murders”