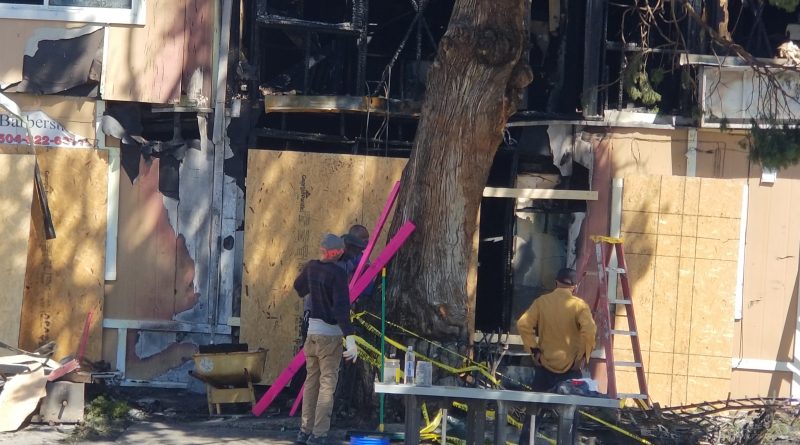 In an update to a story first brought to you by THINK504.com, Mayor LaToya Cantrell and NOPD Chief Shaun Ferguson fired 4 officers who lied about their roles in the deaths of three innocent people. Like the witnesses always maintained, the police chased the teenagers and caused the wreck that killed them and an heroic customer in one of the oldest African American businesses in our city. The mayor and police chief are to be commended for the decision to fire these officers. But losing their jobs is not enough. The actions of the officers caused three deaths.

They should be arrested and charged immediately.

Manslaughter in Louisiana is when a homicide is committed without the intent to cause death or great bodily harm to a person. Certainly the officers did not intend to kill the teenagers or the customer in the beauty salon. But their subsequent lies -that they did not pursue the vehicle – were not the first time they not only defied department policy but lied about their actions. The city policy should include updated to include the possibility of a felony charge if the vehicle pursuit results in a death or car crash. Our city council write this law and further protect the lives of New Orleanians.

Read our original story below!

Last Wednesday the NOPD turned a joyride into a death sentence.  Defying NOPD policy, federal consent decree rules and displaying an insulting disregard for the safety of the citizens of our city, NOPD officers engaged in a high-speed chase that resulted in the death of three innocent people.  According to multiple eyewitness accounts, the NOPD officers did not back off their pursuit as officers claim but in fact were in hot pursuit of the teenage boys who were joyriding in a old model SUV that crashed into the Unity I beauty salon causing a massive fire that completely destroyed the business.

“I was walking out the building and saw the police chasing them boys,” states Paul Stephens an eyewitness who had just exited the business.  “I was so shook up because I was standing inside right where the car slid into the building like two minutes before it all happened. The police was right on their tail just before they crashed that truck.” However, NOPD officers maintain they were blocks away and only realized there was a crash when they saw smoke in the air.

After a hard day’s work, Jessie Smith and his friends gather on the wide neutral ground just across the street from the UNITY I beauty salon.  Complete with chairs and a makeshift table, men gather daily and play dominos, drink a couple of beers and talk about the latest news.  But this night they were front and center eyewitnesses to breaking news of the day.  “The police were on the scene instantly,” said Jessie who sat on the neutral ground just across the street.  “Man, they were both driving real fast.  That SUV lost control and was sliding on two wheels when it hit the building.  And the police was right there on their ass. The impact from that collision was huge.  We felt it all over here.”

Appropriately, NOPD Chief Shaun Ferguson has launched an investigation.  Fortunately, one of those eyes in the sky police crime cameras is at the corner and should show the full story.  Chief Ferguson and Mayor LaToya Cantrell have an opportunity to seize control of the department.  Strong discipline with immediate and harsh punishments should be meted out.  The officer’s decision to cause and continue a high-speed chase directly contributed to the crash and may even rise to the level of manslaughter. If so, those charges should be filed immediately after the officers are terminated.

NOPD cannot be judge, jury and executioner, especially when they are killing innocent people. Even if the teenagers stole the vehicle, death is not a proportionate response. And they are 100% innocent of a crime consistent with the death penalty. Moreover, Schwann Herbert, who was simply getting her hair done did not deserve to be severely burned, endure smoke inhalation, suffer and die because the police thought some teen-aged boys stole a beat-up old SUV. Police claim heroic action in going into the fire they caused, but Ms. Herbert heroically insisted that everybody else get out of the burning building first.

The officers should be fired then criminally charged in her death and for their attempt to coverup their illegal actions.

Furthermore, the destruction of a 38-year-old African American owned business in this city is equally distressing.  Jobs and new business creation are fundamental ingredients of every city administration.  Yet with one arrogant, indifferent decision these officers not only killed 3 innocent people and injured 6 others, but destroyed half million-dollar building, ended one of the oldest black owned businesses in the city, placed 8 people in the unemployment line and inconvenienced the hundreds of customers who regularly patronize the business.  The officers should not only be fired, but we should prosecute these officers to the fullest extent of the law.

Amidst the chaos, Beverly Smith, Unity 1 owner, was attempting to help a drug addicted woman get into a free of charge drug rehab center the day after the disaster.  All around her, friends and community leaders streamed through the scene of the wreckage and offered support.  Her husband, John, busy securing the building and cleaning the burnt rubble, complained that the officers would not listen to him as he tried to show them a back entrance which they might use to help rescue people trapped inside.  “They kept yelling just get back,” he said.  “I know a back entrance and you can get to them faster.  But they wouldn’t listen.”   The Smith’s plan to rebuild their business.

Police work is hard and complicated.  In the typical movie scene where the bad guy holds a gun to an innocent little girl’s head and threatens to shoot unless the police let him get away, you get the impression some NOPD officers would shoot them both and pronounce the case solved. The discipline and awareness to identify and discern the proper course of action in the blink of an eye takes a special person with sophisticated training. The consequences of endangering the public, disobeying orders and patrolling with a gunslinger’s attitude is criminal and has no place on our force.

“Them police knew they were wrong. When I heard they said they stopped chasing that vehicle I knew that was a lie.  Something’s got to be done about these bad police out here!” said Raymond Lewis who also saw the whole thing.

Discipline seems to be missing on the force.  Mayor Cantrell and Chief Ferguson you should rule with an iron fist on this one.