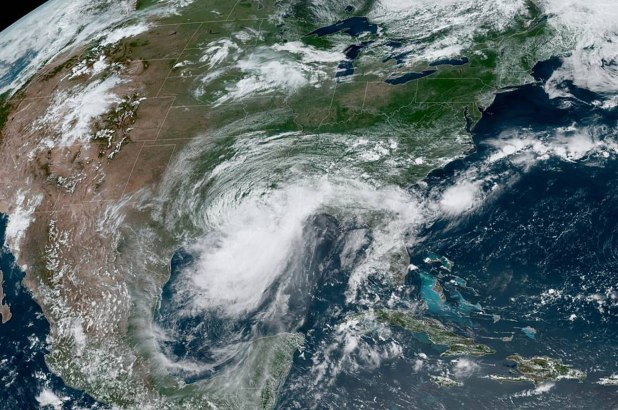 How the Barry Experience Could Create Future Problems

Hurricane Barry had less impact than the flooding from an unusually large thunderstorm a few days before the cyclone formed.  But the impact of Barry might have far greater long-term consequences.  Though barely a Category 1 hurricane, local meteorologists warned Barry could produce massive rainfall amounts, a storm surge that would test the levees and the potential of widespread flooding.  However, in the end, Barry was not much more than a mere meteorological inconvenience.

Nonetheless, businesses closed, and wages were lost.  Local TV stations preempted all programming and showed split screen reporting with confusing top and bottom scrolls and constantly barraged the public with information from across the region.  Tornado watches were issued, and the public remained on guard.  And though we kept hearing and heeding the warnings, little more than a regular summer storm emerged across the metro area.  For small business owners and paycheck to paycheck survivors, Barry was much more than untimely.  The lost income might have a lasting impact.

Rent payments, canned food, missed appointments, cell phone bills doubling, and many other personal issues could become problematic over the next couple of weeks.  If little Tyrone is tired of tuna fish sandwiches, the whole family is stressed as dad explains how most of the food budget was poured into bread and canned foods. Such is the life for the all too prevalent number of working-class families in NOLA who only earn the minimum wage and have no vacation time.

The difficult job of storm predicting is a distressing part of life in NOLA for all of us in the bowl.  Lost income combined with sometimes unnecessary spending based on dire warnings could spell short term difficulty for many.  And while we might pontificate about saving for a rainy day, when we simultaneously do nothing about increasing the minimum wage, we should not be surprised that everyone is not cheery about us dodging a weather bullet.

For those who spent part an important bill to provide safe harbor for their families during the storm, a huge sense of regret might be reality.  Cans of tuna fish and cases of water won’t pay the light bill.  Potato chips and candy are financially unhealthy too.


Cause even though Barry had little impact on what we can see in NOLA, many people are stressed about making that car payment or having all of the rent this month.

And the long-term impacts are potentially much more consequential.  People will be less likely to prepare for the next Cat 1 storm if the consequences of preparation are financial stress.  Plus, a week of potted meat can spoil even the most optimistic outlook.  In the future minimum wage earning working class people could be less prepared and Katrina like chaos might erupt after a less powerful storm which creates flooding and just a week or two without income.

A living wage and more benefits provide the kinds of safety nets our people need to take care of themselves.  Be intentional about helping to create that too.

6 thoughts on “Barry Was a Bad Storm for Many”