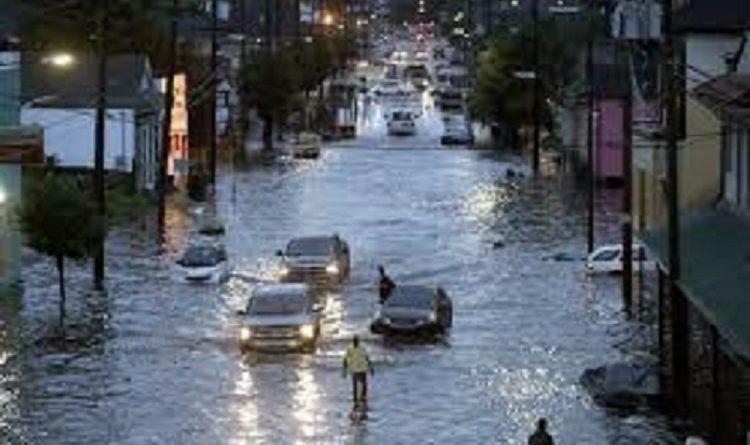 A storm comes, parts of the city flood, in the aftermath the press has questions: how’d those pumps hold up? The SW&B be like, everything was A-okay operationally. The pumps did the best they could, under the circumstances.

Two days later, skepticism swirls, questions abound, then an admission begins as follows: “well what had happened was…”

Let’s look back. Remember two Augusts ago, when parts of the city flooded and the SW&B was like, all pumps were operational, blame the flooding on climate change, but then we find out that 14 pumps, 8 of which were directly involved with draining the area that flooded, were offline?

And remember earlier this year when the SW&B said it was short on cash and how it needed an influx, or it’d have to raise fees to cover its losses? Well what had happened was about a month later it found $25 million sitting in two accounts.

Remember about two weeks ago when thunder rolled, lightning struck, and rain rained down on the city, and people woke up to flooded streets, and water seeping into some homes and businesses? Yeah, the SW&B was like, besides two pumps all other pumps were A-okay operational, just another of those 100-year climate change induced storms that would’ve flooded any city.

A week later, in front of the City Council, that official line changed to: “well what had happened was…”

What had happened was that two pumps were offline due to lightning, two others due to electrical issues, and another one had to shut down because a canal was too full to pump any more water into it. None of those pumps, per the SW&B, would’ve put a dent in the water that was pooling in the streets. Maybe, at best, they would’ve sucked out an inch or two – so we are told, an example of – please disregard that statement we made earlier, this here, though, this is the truth.

The SW&B seems to be one of those rare organizations where misinformation transcends boards of directors, executive directors, mayors, city councils, seasons, or any attempt to regulate it and hold it accountable. Or maybe this is just too narrow a view. Maybe the executive director actually didn’t know about the other pumps that failed until after the initial statement was released.

Maybe it’s all just a misunderstanding (it happens). Maybe this has more to do with a complex organization trying to provide instant information to a wary public. Maybe they should wait until all the facts are known before making any statements.

Maybe going forward, the executive director or any spokesperson should preface statements with the qualifying phrase: As far as we know…

Either that or they can deliver a statement live and attached to a lie detector machine.

In a city where some houses are still marked with Katrina’s Xs and water lines, you’d think drainage would be something the city made sure citizens had full faith and confidence in. Yet catch basins are clogged with enough debris and beads to fill a Mardi Gras float. When the rain falls citizens can’t be sure if all pumps are operational or if the operators are awake, being rushed to the hospital, or asleep. Previous mayors were judged by crime and how their police departments handled it.

This mayor, it seems, will ultimately be judged, not just by crime, but more so by how her SW&B manages to keep the water and lies from flooding the city.