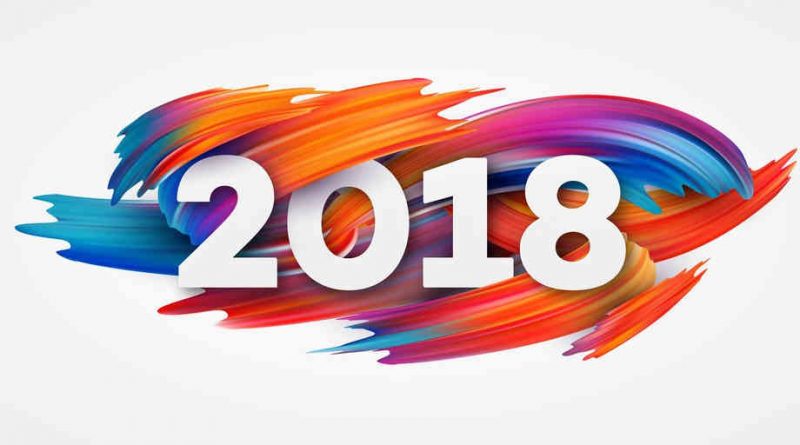 Stories like the mass shooting on Claiborne Ave or the coldest string of winter days in a decade did not make the list.  Keep reading to find out what did!

New Orleans turned 300 in 2018.  What were the biggest stories of the year? Our city is full of charm, character and distinctiveness that make living in the bowl worth the risks.  Each year we have to make the living easier or the risks of living below sea level in a bowl seem just silly.  Think504 works weekly to offer ideas, thoughts and solutions to help us enjoy the joie de vivre that makes NOLA the most unique place to live in America.  Let’s take a look back at the biggest or most important things that happened here in 2018.

10. A sharp drop in crime in the city for the year – Unless we get a rash of shootings and murders over the next 15 days, NOLA will enjoy significant drops in just about every statistical crime category in 2018.  Police cite crime cameras and the use of a special strike team that targets repeat or likely offenders.  These are certainly factors, but other contributing factors are the reduction by 5 percentage points of black male unemployment and the release of black fathers from our prisons across the state.  Black men with jobs and just their presence in the lives of their families have a stabilizing effect on the violence and crime we see.

9. Kenner Mayor Ben Zahn causes community upheaval by banning Nike.  Led by Saints players and local businessmen, the entire city protested the illegal and surprisingly tone-deaf decision by Zahn to ban Nike products in Kenner.  Not realizing the support most African Americans and progressive whites have for blackballed NFL’er Colin Kaepernick, Zahn signed a memo banning the purchase of NIKE products on the city.  The good people of Kenner deserve better and came out in full force against the mayor.  Bowing to public pressure, Zahn rescinded his immoral memo.

7. President Trump.  Chaos and uncertainty reign as the President pushes an agenda of white nationalism in an all-out attempt to stem the changing demographic tide in American history.  Closing the border, rolling back civil rights policies and reshaping the Justice Department are just a part of the Trump agenda.  Internationally, Trump challenges world leaders in China, Europe and Central America with tariffs and insults.  An investigation into his administration and campaign claim more and more victims, yet Trump distances himself and changes the narrative to reflect his desires and hopes often despite a different reality.

6. Entergy and the paid actors’ scandal.  Revelations that the power company improperly influenced the democratic process by paying people to jam the city council chambers and deceive the council members into believing there was widespread public support for the $350 power plant in NOLA East cost former President Charles Rice his job. Entergy continues to deny full knowledge of the paid actor scheme and has filed suit against a company it paid to generate public support for the power plant.  Many are calling for are vote by the council as Entergy starts the construction of the new plant.

5. Pelicans playoff performance. The Pelicans swept the Portland Trailblazers and played the eventual champion Golden State Warriors tough and competitively in the next series.  Anthony Davis has established himself as one of the best players in the league and the front office seemed to finally surround him with enough talent to make the team title contenders.  This season has been a roller coaster ride marred by injuries and inconsistent play. Slow starts have been the trademark of Coach Alvin Gentry’s time inNOLA.  If the team gets healthy, maybe a deeper run in the playoffs is possible, but the team is still far from seriously contending for a championship.

4.  Saints Championship run.  The Saints repeated as division champs for the1st time in franchise history and are in position to claim the 1stseed in the NFC playoffs.  In NFL history, no dome team has advanced to the Superbowl without homefield advantage throughout the playoffs, and the Saints possess one of the best stadium environments in the league.  If the Saints earn the number 1 seed and homefield advantage, Sean Payton and Drew Brees could punch their ticket to Atlanta.

3.  Historic Performance of the New Orleans Legislative delegation. Led by Sen. JP Morell and Rep Joe Bouie, the NOLA delegation had the best performance in modern history of any legislative delegation.  Historic and life changing lawmaking dynamic team forever changed the course of history in our city and state.  From placing the unanimous jury legislation on the statewide ballot and working to gain public support and helping stem the tide of gentrification and people displacement to helping restore public oversight to the Sewerage and Water Board, our city and its people are much better because of the work of this delegation.

2. Failure of the Sewerage and Water Board.  Nothing exemplifies the bedazzling incompetence of former Mayor Mitch Landrieu more than the complete implosion of the city’s most important agency. If the bowl can’t be pumped dry after every storm, then there is no NOLA.  Yet Landrieu, after leading the charge to have complete control of the agency allowed complete and utter mismanagement to occur.  Pumps were not only inoperable,but no repairs were even planned. Meanwhile the public was lied to by the team Landrieu installed.  Combine a complete bungling of the installation of new billing software and the agency was left on the brink of bankruptcy and in need of new equipment.
1. The installation of a LaToya Cantrell and the new city council.  After a disastrous eight years of increasing crime, increased taxes, and a broken water management system, the city placed its hopes in a female mayor for the first time. MayorCantrell emerged as the people’s choice to lead our city from the brink of the Landrieu abyss.  After a curiously slow start, the mayor seems to have a clear vision for the city. If she and the new city council gain generate enough positive momentum, our city can be the greatest place to raise and family in America.