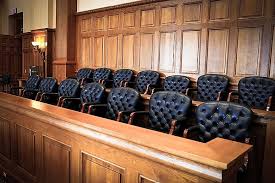 Angela A. Allen-Bell is an associate professor of legal writing and analysis and the B. K. Agnihotri Endowed Professor at the Southern University Law Center in Baton Rouge.

Louisiana and Oregon are not often thought of in the same vein. But on the issue of non-unanimous juries, they are kindred spirits.

In these two states, the prosecutor needs to persuade only 10 of 12 jurors for a felony conviction that does not involve the death penalty. All other states require unanimous jury decisions in felony cases — as does the federal system, including federal courts in Louisiana and Oregon.

These jury systems are largely unnoticed vestiges of white supremacy and oppression in our legal system. The Supreme Court now has the chance to accept a case that could end the use of non-unanimous juries in criminal cases. It should take this chance.

The historical reasons behind the jury systems in Louisiana and Oregon offend our democratic values. Louisiana required unanimous verdicts when it became a territory in 1803, but non-unanimous verdicts were formally adopted as law during Louisiana’s 1898 constitutional convention, where lawmakers declared that their “mission was . . . to establish the supremacy of the white race.” At the same convention, Louisiana adopted literacy tests for voting and one of the South’s first “grandfather clauses,” which exempted white voters whose father or grandfather had previously voted from taking literacy tests.

Eliminating unanimity accomplished two things. First, the change paved the way for quick convictions that would facilitate the use of free prisoner labor as a replacement for the loss of free slave labor. Second, it ensured that African American jurors could not use their voting power to block convictions of other African Americans. An 1870 editorial in the New Orleans Daily Picayune posited that the recently emancipated were “wholly ignorant of the responsibilities of jurors, unable to discriminate between truth and falsehood in testimony, and capable only of being corrupted by bribes.”

In Oregon, the 1934 change from a unanimous to a non-unanimous jury system targeted primarily ethnic and religious minorities. By the 1930s, the Ku Klux Klan found widespread acceptance in the state. Anti-immigrant and anti-Semitic sentiments peaked in 1933, when a jury failed to convict a Jewish man in the murder a Protestant man, instead handing down a verdict of manslaughter. The Morning Oregonian blamed the verdict on “the vast immigration into America from southern and eastern Europe, of people untrained in the jury system.” It then accused immigrants of making “the jury of twelve increasingly unwieldy and unsatisfactory.” The following year, Oregon passed a ballot measure to allow felony convictions based on a less-than-unanimous vote.

The jury systems in Oregon and Louisiana fly in the face of the framers, who adopted the Sixth Amendment to our Constitution to guarantee an impartial jury that delivers unanimous decisions. In 1797, John Adams explained, “It is the unanimity of the jury that preserves the rights of mankind.”

These non-unanimous jury laws ignore the sage guidance from the American Bar Association, which opposes them. They also ignore all the research on group thinking, which suggests that unanimous verdicts are more reliable, more careful and more thorough. Non-unanimous group decisions, on the other hand, contribute to mass incarceration, wrongful convictions and the oppression of classes of people. They also circumvent measures meant to protect the voices of minority jurors.

The Supreme Court is expected to make a decision this week on whether to review the conviction of Dale Lambert, a Louisiana man who was found guilty of murder by only 10 of 12 jurors. This is a chance for the court to remove this relic of white supremacy and protect rights guaranteed by the Sixth and 14th amendments.

We must confront the fact that oppression and supremacy are as fixed in our legal system as monuments of Confederate generals are in the ground. Both undermine social progress and speak to a systemic oppression we must fight collectively to remove.