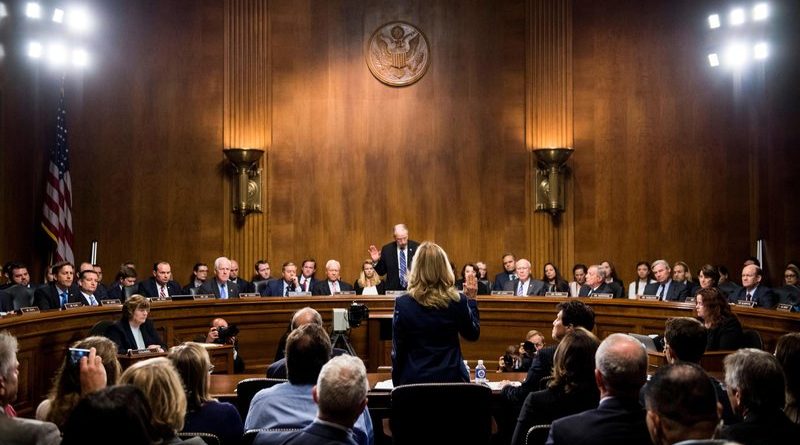 Gone is the notion that he is a mild mannered, really nice guy.  Gone is the girls’ basketball coach who taught sportsmanship and life skills.  Gone is the guy who promoted women and women’s rights. Brett Kavanaugh is the big brained, beer guzzling, underaged drinking, belligerent, partisan ideologue.  The only question that really remains is should a guy like this be promoted to the Supreme Court?

How Much Do You Drink Senator? 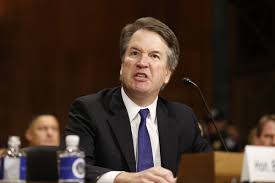 After a made for TV drama that captured the imagination of millions of Americans, Judge Brett Kavanaugh proclaimed his life was permanently ruined.  His hostility was only contained by the huge amounts of water he consumed as he yelled, jeered, insulted, and refused to answer members of the Senate Judiciary committee.  Republicans egged him on – “You have nothing to apologize for!” yelled Lindsay Graham, while Democrats pressured him to ask for an FBI investigation.  Through it all, Kavanaugh struggled and fought against the new and unprecedented attacks lodged against a  man who went to “the number 1 law school in the country.”

What we are witnessing is a transformation.  Even if Judge Kavanaugh is elevated to the SCOTUS, the country has been changed by the process.   Women’s rights are much stronger because of the one-week delay.  This seemingly small moment is actually a historic seismic event. Privileged white men can no longer simply deny as foolish claims made by women whom they wronged in the past.  Say WHAAAT? Those white men who seek power, control and dominion over all things are aghast.  They view any shift as an attack.  For the privileged, equality is oppression.  And they will not go down peacefully.

The transformation in Kavanaugh’s demeanor and delivery was dramatic.  The shift was startling. Faster than lighting and louder than thunder, Kavanaugh delivered the message of privileged white men with defiance, hostility, and a constant look of how-dare-you.  Black people remember the dogs and water canons of the 60’s. He was not going down without a fight.  Kavanaugh poked his tongue into his jaw so firmly and hurled so many insults, while offering the defense attorney’s plausibly different explanation of the attempted rape charge, that an explosion seemed imminent.  “I’m a white man dammit!  How dare you question me!” 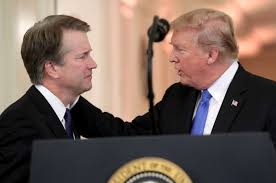 As of now, white men now can no longer expect to attempt to rape women and still be promoted to the SCOTUS – at least without some pushback.  While many will applaud this noteworthy change, others feel a real sense of oppression and fret about changing all that is good with the country.  They fully maintain the notion that privileged white men in America know best and should be allowed wide discretion.  And they maintain that this latest delay in the confirmation of Judge Kavanaugh is in fact a “national disgrace.”   Seemingly the times they are a changing just a little.  But ever so slightly.  While a lifetime appointment to the SCOTUS appears to have a new standard, privileged white men can breathe a sigh of relief.  The litmus test for POTUS is very different.  President Trump has had many encounters with women and still enjoys the adoration and respect of millions in this great land we share.