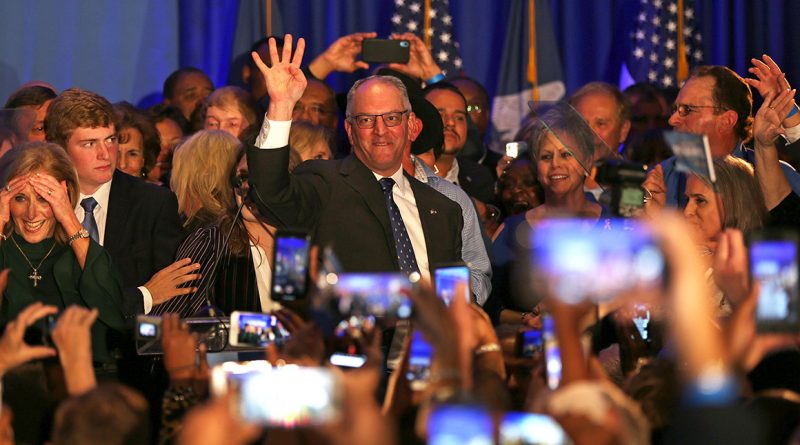 The Why, What And How He Managed To Repeat

It’s nice to be black today. If you’re black and you voted, take a bow. On Saturday, you saved some of your fellow white citizens from the consequences of a terrible decision. Black people not only outperformed all other groups among active voters, but 99 % of the black vote went to Edwards, adding new meaning to the old saying black don’t crack. Thank Trump, President Donald Trump that is. Though his name and eventual presence had more to do with Rispone almost winning this race than even Rispone himself (more on that later), Trump also probably inspired a lot black people to get out and vote since Trump tried to make it about him. Trump better hope this is not a national trend come November of 2020.

Ironically, it’s nice to be urban today. Cue in the headline: Urban Edwards beats rural Rispone. If you woke up the morning after the election and only looked at a map of the results, you might’ve thought, well I guess we got a new governor. In the battle over precincts, Rispone straight whipped Edwards. The state map was splattered red with blue accents. But those accents, take two of them, Orleans and Jefferson parishes. At times contentious neighbors, they teamed together to turn the governor’s race. There’s supposedly some saying that you can’t become governor without winning Jefferson parish. Well, John Bel Edwards won it with 57 % of the vote. In Orleans parish, the unofficial capital of the state, he did even better, taking in 90 % of the vote. In Orleans, there might not be much agreement over statues, but there is over who’s best qualified to run this state.

Winners and losers after this election:

Losers first. U.S. Senator John Kennedy, State Attorney General Jeff Landry and other prominent Republicans who under-estimated how vulnerable John Bel Edwards was. If the Trump name and endorsement helped an unknown like Eddie Rispone come 2 percentage points away from becoming Louisiana’s next governor, just think what it could’ve done for a more high-profile Republican.

Winners: people with sense. There was absolutely no reason to vote Edwards out of office. He took over a broke state that was struggling to keep hospitals open, colleges affordable, and the state budget from collapsing. In one term, while dealing with a stubborn Republican House, he managed to push through Medicaid expansion which kept a lot of hospitals open in rural Rispone parishes. He turned a billion or so deficit into a surplus. Faced with all that, Rispone’s platform amounted to a well all that’s nice and all, but we aren’t recovering fast enough and I am like Trump. Easy for an outsider to say, one who admitted during a forum that he didn’t know much about government.

It’s very nice to be a Louisianian today, knowing that the state reelected a bipartisan governor who is smart enough to know when policy should trump partisanship. So even if you’re a Lousianian who didn’t vote for Edwards, take a bow anyway. Like Allstate, you’re in good hands, whether your pride or partisanship will let you realize it or not.