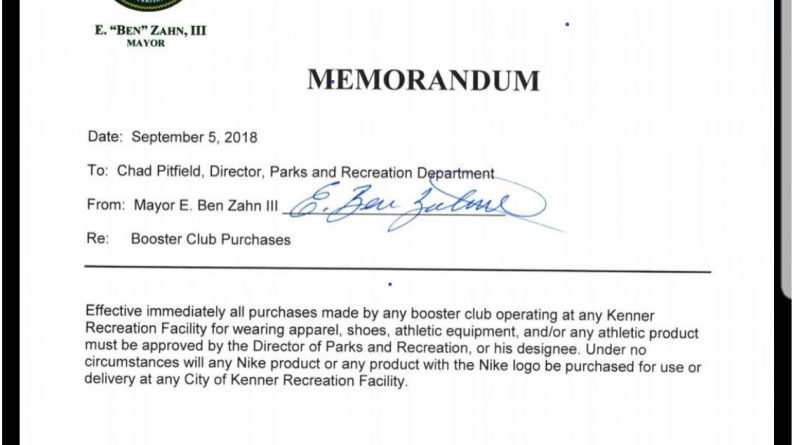 Racism and Ignorance in Kenner Government on Display

That the Mayor of Kenner is a Nike burning racist is only mildly surprising.  Most racists are also conservative Republicans. While not all conservative Republicans are racist, Ben Zahn is a right winger extraordinaire.  That he is so blatant is reminiscent of David Duke’s tenure as a state representative from the same parish.  But that racism has no place in government.  It is illegal to discriminate on the basis of race.  And Zahn’s state sanctioned edict is a 21st century Jim Crow policy.

But you say, that’s a stretch.  Is it really?  Nike just gave Colin Kaepernick one of the biggest deals in the company’s history and made him the face of the company.  Kaepernick is protesting police violence and advocating through these ads that people should risk everything for what they believe in.  Kaepernick is a civil rights leader who promotes social justice and equity.  Back in June, Zahn promised to make Kenner a “destination city”.  Officially the city of Kenner is now a hotbed for racist zealots.  Is Zahn one of the secret group of racists who want to infiltrate municipalities and retract civil rights from African Americans?

Kenner Mayor Ben Zahn has every right to espouse racist rants about a man who is simply protesting police brutality and social injustice. But he should do it as a private citizen.  Zahn’s bigotry should not be a part of the policy of the city of Kenner.  What’s next for the man who wants to Make Kenner Great?  African American curfews?  How about just randomly jailing black men, because – hey they are gonna do something wrong.  This slippery slope of racist policy must be stopped. 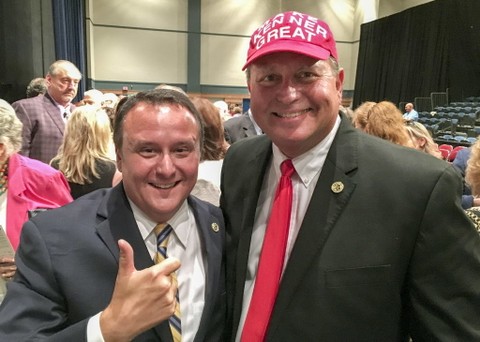 Zahn has refused to comment, but sources say he is adamant about keeping the policy.  Ben Zahn’s bigotry is intransigent.  And  his policy of bigotry is in vogue in parts of American government on the national stage.  Zahn already espouses making Kenner Great rhetoric.  Is this really code for his racist agenda?   As Republicans get a firmer grip across all government offices, blatant policies couched in the fervent and more public racism of today will deepen the divide in society today.  Racial strife is sure to follow. Kenner deserves better.

But Kenner is a racially diverse city.  And Zahn received a considerable amount of the black vote when he was elected.  Fortunately, Councilman Gregory Carroll has expressed dismay and says he is “100% against” the racist policy. No other council person has made any public comments.  Silence is acquiescence.  Only when good people stand up to bigotry does it die.

Zahn has said he wants to develop attractions for people to go to Kenner.  How does he expect people of good will to visit a city of bigotry?  And why would new businesses want to invest in a city whose government is led by narrow minded racists who support police brutality and social injustice.  The city leaders should do the right thing and reverse this perverse, illegal and discriminatory rule.  And Ben Zahn should fully retract his memo or resign as his racism is better served with his skin head brethren than the good people of Kenner, LA.

2 thoughts on “Mayor Exposed as Racist”