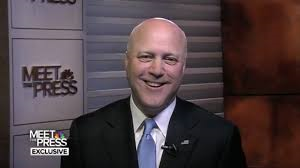 The progressive and inspirational act of removing the Confederate monuments that littered the New Orleans skyline is in danger of turning into a hollow act of triviality.  By showing strong leadership, Mayor Mitch Landrieu elevated New Orleans’ status to a progressive, trend-setting Southern city.  But this status may be as effervescent as an Alka Seltzer in water and become the exemplification for those either wishing to proclaim the wrongness of the efforts or those who were more interested in not disturbing the sense of peace and calm.  All of us agree that the monuments were just symbolic, but now that the monuments are down, what can we do to really make New Orleans a progressive city?

The reason many people do not vote is because elected officials rarely act boldly and stridently like Landrieu did by removing those despicable monuments.  In fact, rarely do elected officials get to connect directly with the public.  Typically, mundane and less sexy acts like balancing the budget by outsourcing citywide grass cutting stock and stoke the debates between officials.  And for the term limited Democratic Mayor of New Orleans only few options remain that will catapult his personality onto the national stage. 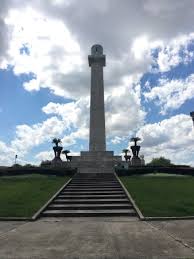 If the mayor wishes to fulfill any national aspirations, New Orleans provides remarkably fertile soil to act similarly dauntlessly and courageously.  In fact, making one ostensibly minor change can transform the ground upon which we all traverse daily, and New Orleans can be placed high on a pedestal and be the national model for progressiveness and life enriching policy.  Ironically, that unexciting option to connect to and transform people’s lives is also a sexy mother.  Car Boots.

A Simple and Practical Solution

For a poor man or woman, having the government immobilize and hold for ransom your only means of transportation is more than just a simple government policy.   After an 8 hour day at $8 per hour on a labor intensive job, walking out to find an orange boot and a sticker on your car is gut wrenching.  And after calling the number on the sticker to find the cost to have the boot removed is nearly a month’s pay, despair is a real response.  For the same reasons that New Orleans has eliminated bond for many nonviolent criminal offenses, eliminating car boots is a bad policy that must be reversed.

During the debate to eliminate bond for nonviolent offenses, the predominant and compelling factor was that just missing a week of work leads to calamitous results like family disintegration, housing loss and job loss.  A core tenant of the regional trend to reduce incarceration is the understanding that for poor, pay check to pay check survivors, one slight disturbance can tumble the whole deck of cards.

In a city where low wage tourism jobs are the norm, people are struggling.  Study after study shows people in New Orleans lead precarious lives, with various threats to their normalcy.  For too long our government has attacked our citizens through a system of fines and fees that people must navigate.  But the administration’s heavy reliance on car boots to balance the budget is an easily correctable and simple fix that will actually add stability to people’s lives.

Make no mistake, good jobs are few and far between in New Orleans and the city should not only create more good jobs, but should support those who are fortunate enough to have one.  For Mayor Landrieu, this simple but innovative approach requires the same sensitivity to people that he expressed when he said, “This is…about showing the whole world that we as a city and as a people are able to acknowledge, understand, reconcile and most importantly, choose a better future for ourselves making straight what has been crooked and making right what was wrong. Otherwise, we will continue to pay a price with discord, with division and yes with violence.”

Small but impactful policies will decrease crime, increase affluence and transform New Orleans.  Then Mayor Landrieu can fill the void for the DNC.

To read why boots create crime, read this article.