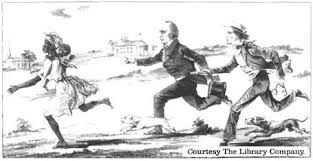 When news broke that the city spent over $2 million to remove the Confederate monuments at the same time that we learned that New Orleans had one of its most violent weekends ever, my email box was flooded with those asking whether that money could have been better spent fighting crime.  Not just no but hell no was my swift and stern response.

For the first time in a long time New Orleans is leading the country in progressive actions.  From St. Louis to Baltimore to Georgia and Tennessee, municipalities are starting to remove Confederate monuments. Remember those Mastercard priceless commercials?  Tickets to the game $150.  Two hot dogs and sodas $50.  Spending time bonding with your son- Priceless. 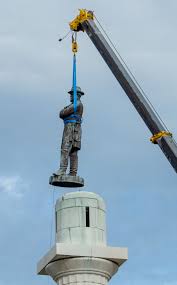 Many and more illustrative scenarios exist.  The point is that those bellyaching about the cost of removal of those Confederate monument deny the reality of history and only seek to preserve the societal advantages bestowed upon those who profited from slavery.  Whilst most white New Orleanians are not the blatant confederate flag waving racists who caused the price of the monuments removal to escalate by a million dollars, many would prefer to have seen the monuments remain and the money invested in crime fighting. 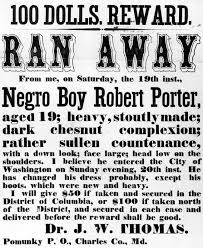 Crime fighting in America traces its origins to slave catching.  The original police were hired to control the movement of African Americans around the South.  The biggest expense racist plantation owners faced was the cost of the runaway.  And runaway slaves were a constant and persistent issue as black men and women fled with such regularity that plantation owners hired young white men and paid hefty sums for the return of those slaves who had run away.  These men were the first police officers in America.

Crime in New Orleans is a Real Problem

The great failure of modern society is the continuation of the race based approach to crime.  Crime is a result of poverty, lack of jobs, bad schools, substandard housing and the over policing of the African American community. Combine the over representation by the media of the criminality of African American males (you are aware that more white men commit crimes than African American men), and it’s easy to see why many think putting black men in jail is a real solution. But the very foundation of American wealth for whites is the myth of a sub human and prone to criminal behavior black man as justification by whites for self-aggrandizement and financial exploitation.  Today’s simple minded Louisianans maintain the country’s highest rates of incarceration at the expense of public safety.

Crime fighting should mean barrier removals.  Invest in good paying jobs, better housing, better education, reduced or eliminated fines and fees, no incarceration for nonviolent offenses,  no car booting and fewer police in poor neighborhoods escalating encounters with citizens.  An investment in the African American families would eliminate more crime than adding another 500 police officers.   Instead, we have Lost Cause advocates rallying their troops around this antiquated notion of “crime fighting”.

So when I get emails asking if the money spent on removing the monuments would be better spent on fighting crime in New Orleans, I reply HELL NO.