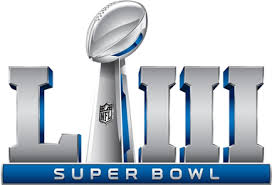 In the upcoming battle for the National Football Conference championship, the simmering Saints host the Los Angeles Rams on Sunday in the Superdome.

Earlier this season in a game against the Rams, the Saints raced out to an early lead and battled to hold on and win a wild shootout.  With a trip to the Super Bowl on the line this time, expect an epic showdown. Each team boasts an explosive offense and a dominating defense.  Head coaches Sean Payton and Sean McVay are innovative and aggressive coaches, both known  for devising creative game plans and never-before-seen plays designed to yield quick touchdowns.

The biggest difference between the teams is the quarterback position.  Saints QB Drew Brees just celebrated his 40th birthday in Choppa Style, partying with teammates and rapper Choppa.  A first-ballot Pro Football Hall of Famer, Brees has played in 14 playoff games – winning one Super Bowl – while compiling an 8-6 playoff record.  Rams QB Jared Goff is only 24 years old and played his first playoff game last week.  The pressure of the conference championship, combined with the rambunctious Superdome crowd, presents a real challenge for Goff and McVay.

The Rams will try to lean on its powerful ground game, which is propelled by All Pro running back Todd Gurley and C. J. Anderson, who is coming off the best game of his career.  The Saints counter with one of the league’s best-run defenses, though it will be without the high-performing Sheldon Rankins, who suffered a torn Achilles tendon against Philadelphia.  If the Saints can keep the Rams ground game in check, then look for Pro Bowl end Cam Jordan to pressure and rattle Goff, who has struggled in high-pressure situations in the past.

If the Rams run successfully, then Goff will be able to throw more effectively and likely to explosive former Saint Brandin Cooks.  Without Rankins applying pressure up the middle, Goff may find a clean pocket and test the Saints’ secondary.  Defensive Coordinator Dennis Allen may need to blitz linebackers and safeties to get in Goff’s face.  Under Allen, the defense has become a dominant unit that is strong against the run and also creates pressure on the opposing quarterback.  Furthermore, the Saints defense appears much stronger than the Rams defense.

Although Saints offense has been sluggish late in the season, the Saints match up favorably against the Rams defense.  The Rams secondary has been unable to stop big-play receivers all year, and Big Play Mike Thomas torched them in that first game with 12 catches for 211 yards and his famous Joe Horn touchdown celebration. Complete with a flip phone.

The Saints have more offense than the high-powered Rams and sport a dominant defense.  The youthful Rams – from Head Coach McVay to Goff – will have trouble dealing with the fan noise, as McVay is noted for constantly talking to Goff pre-snap.  The Who Dats in the Dome will make that a tough task.  Look for a big game from Saints running backs who are tired of hearing about how good the Rams’ running game is. Similarly, Brees and Thomas will continue converting crucial first downs and scoring touchdowns.

One thought on “How Saints will get to the Super Bowl”