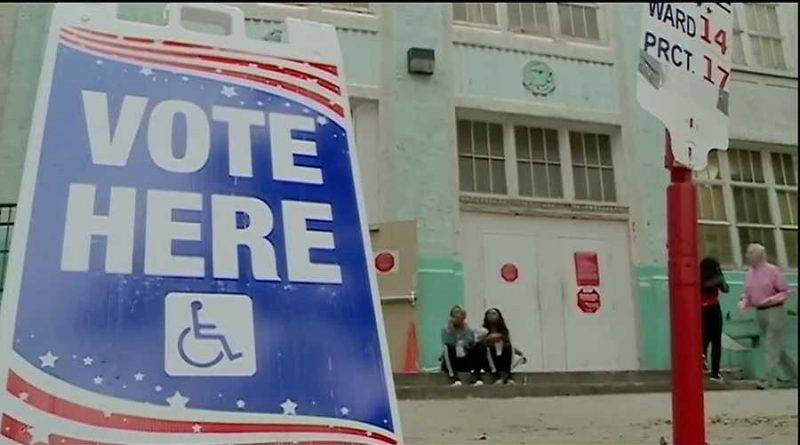 With qualifying over all the candidates are set for political races across the state.  Predictably, in the NOLA metro area, controversy erupted immediately.  Many other shocks and surprises emerged as contests became clear.  More importantly though, besides the gubernatorial election, this political cycle will usher in new leaders across the area as term limits have forced long time representatives to the sidelines.  Additionally, powerful but vulnerable officials are facing challengers while currently elected reps are facing off trying to capture a higher profile seat.  Louisiana politics is always great.

“I’m the chief law enforcement officer of Jefferson Parish — I have to have some sort of integrity,” chided current Jefferson Parish Sheriff Joe Lopinto. Lopinto claims his primary challenger, John Fortunato sent emissaries to get Lopinto to influence the Causeway Commission and name Fortunato their police chief and in exchange Fortunato would not enter the Jefferson Parish Sheriff’s race.  Fortunato denied all knowledge and indeed qualified to run against Lopinto.  Just last year in a low turnout election, Lopinto narrowly edged Fortunato 52-48 after Fortunato expressed support for disgraced parish president Mike Yenni.  But with the Governor’s election also on the ballot, Fortunato should be able to distance himself from that gaffe and could win against the sheriff who in his own words, does not have complete integrity.

As for the Governor John Bel Edwards, his chances to remain the only Democrat elected statewide are at best precarious.  Though neither Ralph Abraham nor Eddie Rispone are well known, Edwards has raised taxes and restored more government services – no-no’s for conservatives.  Outside money and a sudden viral surge in support for either of his opponents could spell doom for Edwards.  How women turnout and vote will likely determine this race.

In New Orleans, three races are hot and could result in fireworks.  The Senate races in the Uptown and New Orleans East neighborhoods and the Gentilly and NOLA East state rep races will be hotly contested.  Long time uptown Senator Karen Carter Peterson faces challenges from community activist and businesswoman “Fox Rich” Richardson and Allen Borne Jr. Simultaneously, two state representatives collide as each seeks the powerful Senate seat in NOLA East, while an open state rep seat in Gentilly has a long list of familiar political names that are competing for votes.

Carter-Peterson would have likely been unopposed – like Troy Carter, Gary Carter, Jimmy Harris – until revelations of a gambling addiction surfaced abruptly making one of the most powerful politicians in NOLA extraordinarily vulnerable.  Community activists, long angered over KCP’s role in the state takeover of NOLA public schools, believe the combination of the education issue, her now revealed personal issues and a strong woman option give them an opportunity to take down one of the most powerful women in the history of Louisiana politics.

Rep Dr. Joe Bouie and Rep John Bagneris qualified and now the former allies in the city’s delegation are opponents fighting for the Senate District 3 seat available since former Senator J.P. Morrell was termed out.  Morrell was one of the most effective legislators in recent memory and our city and state are better because of his service.  Bouie and Bagneris are both experienced legislators and voters will have   to decide whose resume and record best fits the needs of this most disparate district in the region.

Reps Bouie’s and Bagneris’ decision to enter the senate race along with Jimmy Harris’ no contest senate win leaves three more open seats in NOLA.  The Gentilly and NOLA East districts house some of the wealthiest and engaged African American districts in the city and state.  The Gentilly race features Eugene Green, Matthew Willard, Ethan Ashley, Durrell Laurent and Noonie Man Batiste.  Even though Ashley has been elected to the Orleans Parish School Board, Eugene Green is the likely front runner in this race.  But snipping at his heels are Matt Willard of the politically prominent Willard family and newcomer Laurent.  This race likely appears headed for a runoff between Green and one of the young pups in the race.

Facing no opponent, Jimmy Harris is elevated to the senate and leaves a vacant house seat out east. Former Zulu king Adonis Expose squares off against Candace Newell, who was escorted into qualifying by another former Zulu king, Councilman Jay Banks.  Also, St. Aug product L. Jameel Shaheer, a former firefighter and Harold John have qualified.  Expose and Newell will probably have the backing of experienced camps and may face each other in a runoff.  Will blackface become an issue in this race?

Two candidates will vie for Bagneris’ old post.  Jason Hughes and Anthony Jackson, Jr each have some political experience and will go head to head to represent the east.  “I’m running to change the narrative about NOLA East, says Jackson Jr.  “Because of this narrative, businesses don’t want to locate in our district.”  If elected, the college senior will be the youngest person ever elected in the state of Louisiana.