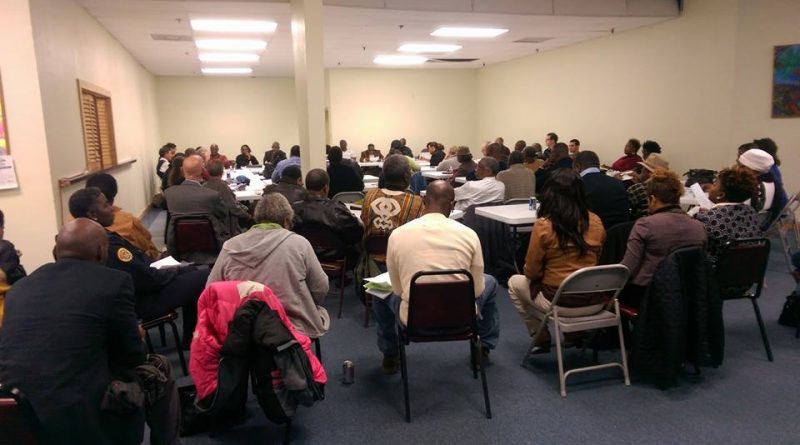 Lead is in the water flowing into the homes of New Orleanians, schools and businesses. Prices for utility rates are soaring in a city with the second highest poverty rate in the nation.

Justice and Beyond (J&B), is the group stepping up and demanding accountability and affordable services for area utility companies. J&B is hosting the first in a series of interview dialogues with elected and appointed officials on Monday June 24 at Cafe Istanbul at 4:45 pm. Councilman Joseph I. Giarrusso, III, Chair of the City Council’s Utilities Committee has been invited to address citizens’ concerns.

“Justice and Beyond (J&B) is a coalition of organizations that is working for justice and undoing racism. We want to give City Council members an opportunity to hear from their constituents,” says Reverend Gregory Manning, co-moderator of Justice and Beyond. “We want Councilman Giarrusso to put forth a resolution to get S&WB to replace the lead lines, so that our children will not be at-risk for lead poisoning.”

“They have to start listening to the voices of the people of the city. This is like Déjà vu,” says Sylvia McKenzie, co-moderator of J&B. “The money went into a black hole after Katrina. The vultures came out and took all the money. Outside contractors were brought in and local contractors and workers were left out. They were looked over, skipped. They didn’t get the jobs. True natives should benefit.,” she adds. “We have to get it right, this time.”

A Community Voice has been working to get elected officials to address lead in the city’s drinking water. The volunteer social justice group waged a “Get Out the Lead’ campaign that targeted public schools and prompted the Orleans Parish School Board to test the water and to put water filters in the schools.

The Orleans Parish School Board last April released information on addressing lead in the school district’s water supply. “To date the District has installed water filters at 36 schools and has 45 schools remaining for install.  The District commits to complete all water filter installations by Aug. 1, 2019.”  The OPSB added that an evaluation of samples of the drinking water at the schools were “well below the defined action level recommended by the Environmental Protection Agency (EPA) and Louisiana Department of Health (LDH).”

Certainly, the citizens of Detroit heard the same type of test results. It took outside environmental advocates to get independent tests to find out that the city’s water supply contained dangerous lead levels.

However, when Mayor LaToya Cantrell last month testified before the Louisiana Legislature to get a “fair share” of tourism dollars to address S&WB’s failing equipment, residents were shocked to learn that the water coming out of their faucets is first used to cool water turbines operated by the S&WB.

Mayor Cantrell’s successful effort resulted in more funding for the S&WB, but community advocates say the spending plan does not address the need to get the lead out of the water or the exorbitant rates that residents are paying.

“Of the $50 million the mayor got from the state for S&WB, the bulk goes to the contractors who worked on the flooding of August 2017. The remaining $16 million will be spent on improvements to the newest turbine. They plan to spend the annual $26 million in new taxes, from hotels and Airbnb, on clean catch basins and to repair potholes every two to three years,” according to J&B’s Pillars Committee. Leaders of several groups affiliated with J&B sit on the committee.

The group is demanding that S&WB and other utilities provide quality services and affordable rates.

“The utilities in New Orleans are pushing people out of our city, especially people on fixed incomes and the elderly who can’t pay the unusually high rates for basic services.  A Community Voice and Justice & Beyond are fighting for fair rates and accountability,” explains Debra Campbell, director of A Community Voice.

“The children of New Orleans have had higher blood lead levels than Flint’s children. Solid lead water service lines all over town have created brain and other organ damages that can’t be repaired, but it can be prevented.  It is time that this new Council works with the people to remedy these horrific and completely preventable problems.  We look forward to Justice & Beyond’s meeting with Councilman Giarrusso,” Campbell adds

“The S&WB uses a phony system to show that they do lead testing, all of the experts agree, yet they hang on to their own self-certified wrong results at the peril of the customers, especially children. They know they have thousands of miles of lead lines and have made no plans to remove them,” says committee members.

“They need a proactive inventory of what the materials are in their own system; that includes the ones that they installed in residential housing. They need a calendar and a plan to remove it all,” the committee advises.

“New Orleans had the nation’s highest official poverty rate among the 50 largest metro areas in 2017, according to Census data. With 19.7 percent of its residents living in poverty, Louisiana is tied once again for the second highest poverty rate in the country, behind only Mississippi,” according to Louisiana Budget Project (LBP), which monitors and reports on public policy and how it affects Louisiana’s low- to moderate-income families.

“The real problem is we’ve been priced out of the city by Sewerage & Water Board, Cox Cable and Entergy. The Mayor appoints all these board members and the City Council’s Utility Committee controls the rates. The poorest people in the city pay the greatest amount. That’s a shame,” says Pat Bryant, a J&B advisor.

J&B also wants the City Council to deny Entergy’s bid for a natural gas plant in eastern New Orleans. “It is an unnecessary trojan horse to bring in heavy polluting industry to New Orleans east, it creates more global warming, is not sustainable, and it uses fracked and other dangerous gases to create electricity that only fulfills certain industry needs, Entergy is corrupt and unaccountable,” says Pillars Committee members.

The group is advocating for more efficient, cost-effective utilities and an end to privatization.

“The lack of solar or other energy efficient/renewables is counteractive to our direct self-interest. This should be across the board and include new methods for sewerage treatment as well.

“Contracting out jobs that they could do themselves costs vast sums of money more than we can afford to pay and ensures that our own residents don’t get jobs with S&WB. The lack of coordination between street work and water/sewerage work should also be changed.  All of it needs to be combined and old lines and lead lines replaced when streets are paved,” J&B concludes.