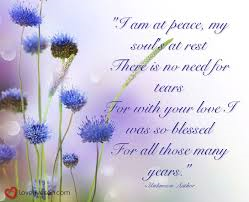 The typical five stages of grief differ from the stages of mourning a death.

We had just finished supper when the phone rang.  Usually, Mom answered the phone, but on this evening for an inexplicable reason, Dad answered the phone.  “Yes, Donald is our son,” he said.  His face blanched as he reached for a chair to steady himself.

He hung up the phone, turned to mom, and in a quivering voice said, “It’s the sheriff.  There has been an accident.  It is about Don.  He is gone.”  Mom’s body folded and her cry of pain and anguish filled the room.  Next to her cry other sounds seemed like a hush.  I remember that cry of anguish to this day.

Donald was killed in a hunting accident at the age of eighteen.  I was 12 years old,  my older sister was 15 and my younger sister was two.  That night was the beginning of our grieving process that held a grip on our parents for the next year.

There are no ironclad inexorable stages of grieving.  Each of us deals with loss in our own way.  Elisabeth Kubler-Ross published her book, On Death and Dying, in 1969 explaining the classically regarded five stages of grief developed initially as a model for helping dying patients cope with death and bereavement.  Therefore, she became known for her work with the terminally ill.  The stages of grief eventually morphed into stages of grieving for survivors.

Counselors and therapists, including myself, found her five stages of grief to be helpful for mourners.  I’ve found that my clients wanted to use the Kubler-Ross stages as a measurement of their own progress.

I shared with my clients a loosely designed set of common signs of mourning.

1.  Disbelief and shock: The initial shock is disbelief.  There can be the feeling that, “It may not be true.”

2.  Sadness: Accepting the truth carries with it a profound sense of sadness, sorrow, and despondency.

Neither my sisters nor I understood grief.  During the ensuing year, we watched our parents retreat from their normal social activities and pull in close to each other.  They chose not to reminisce or talk about Donald’s life.  Surviving siblings are frequently referred to as the “forgotten mourners” because most of the attention is placed on the parents and the child who died.article continues after advertisement

Because our parents retreated into their own bubble, my sisters and I were deprived of the normal grieving process which typically includes reminiscing and storytelling.  Consequently, the memory of our brother faded over the years leaving only minimal snapshot memories of Don.  Not even during the years that I worked next to my dad on the farm did we talk about my brother.  I must add, however, my brother’s death had no effect on the ultimate relationship I had with my father.

My sisters wrote a family history in which they wrote, “It took a long time for our parents to heal; even their strong faith in God could not lessen the pain.  Eventually, they returned to living.”  It was, however, in later years that Dad regretted that they had not returned to “living” sooner.

THINGS TO SAY AND NOT SAY TO SOMEONE IN GRIEF:

The best things to say:

4.  Simply be physically present.  There is no need to fill the empty space with talk.  The most profound support was when a neighbor lady came to the house, sat down with my mother, held her for at least three or four minutes without out saying a word.  She then embarrassed my mother, held her hands, and waited for my mother to say something.article continues after advertisement

The worst things to say:

4.  Do not ask, “How are you?”  or, “How are you dealing with this?”  unless you really want to know and are willing to listen.

Trying to ignore the sorrow or keep it from surfacing only makes it worse in the long run.  For real healing to take place it is necessary to face the grief and actively deal with it.  People deal with pain in different ways.  For example, crying is a normal response, but not for all.  Trying to protect family and friends by putting on a brave front keeps your true feelings buried and does not help other people.