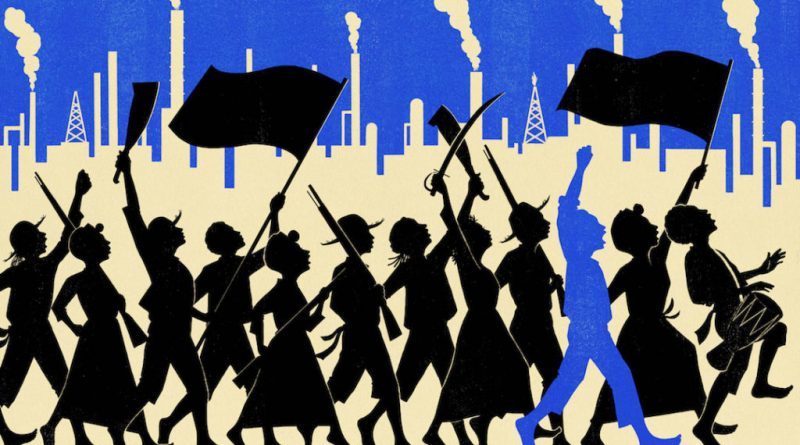 While the numbers vary, depending upon the source, there is no dispute that hundreds of enslaved people rebelled and marched toward freedom in the dead winter in Louisiana on January 8, 1811. Some put their number at 500, others at 125. What is crystal clear, however, is that many of threw off the shackles of slavery and freed themselves, some for only two days (close to 100 were captured and murdered), while others escaped to permanent freedom.

“They carried cane knives (used to harvest sugar cane), hoes, clubs and some guns as they marched toward New Orleans chanting ‘Freedom or Death.’ The sacrifices of these brave women and men were not in vain. The revolt reasserted the humanity and redeemed the honor of the people,” wrote New Orleans-based author and historian, Leon A. Waters, publisher and manager of Hidden History Tours, chairman of the Louisiana Museum of African American History, and a descendant of the 1811 rebels.

Although the slave revolt was put down before the enslaved African Americans could reach New Orleans, their courageous march is recorded as the largest slave rebellion in United State history.

Their bravery and planned escape to freedom will be celebrated on November 9 and November 10, 2019, when the first-ever Slavery Rebellion Reenactment in the United States, will reimagine the German Coast Uprising of 1811, which took place in the river parishes just outside of New Orleans.

Organizers will bring to life, in living color, the striking reality of the rebellion, complete with reenactors in period costumes, carrying machetes, guns, and farm tools, with African drums keeping the energy and spirits of hundreds of Black re-enactors, many on horses, flags flying, in 19th-century French colonial garments, singing in Creole and English to African drumming, as they the walk 26 miles of the original rebellion’s route, from St. John Parish to Kenner, Louisiana.

“Envisioned and organized by artist Dread Scott, supported by Antenna, a local arts nonprofit, and documented by filmmaker John Akomfrah, the SRR will animate a suppressed history of people with an audacious plan to organize and seize Orleans Territory, to fight not just for their own emancipation, but to end slavery. It is a project about freedom,” according to slave-revolt.com.

Laplace was a huge plantation

The enslaved rose up on the plantation of Col. Manuel Andry (today the city of LaPlace) in St. John the Baptist Parish. They overwhelmed their oppressors. The principal organizer and leader of this revolt was a man named Charles Deslondes; a mulatto slave born on the Deslonde plantation but worked as a slave driver on the Andry Plantation.

“I think when people think about freedom today, they don’t say let’s look back at slavery or the founding fathers writing laws based on a slave economy. We want to look at the radical vision the enslaved had. How did they organize this? What did they do to get free? We can learn from how they organized a rebellion of 500 people. This was a military operation, planned for years,” says SRR creator Dread Scott.

Lessons to be learned

Much more than a celebration, Scott sees the reenactment of the 1811 Slave Revolt as a viable lesson for African Americans about the determination and unity needed to stop the violence, suppression, police brutality, and how to be freed from these problems. “There are ways people can change things, if they have the vision of the people of 1811. They looked at the problem and figured out how to get freedom and they had a plan for setting up an African Republic.”

Scott maintains that the enslaved who took part in the rebellion overcame language barriers and differences to come together. “They had courage and vision. We should learn from that,” Scott explains, while pointing out the determination and unity the enslaved employed to gain their freedom.

Clearly that’s a lesson that can be applied, especially in urban areas where blacks comprise the majority.

People died with their dignity

Two whites died in the melee, 66 slaves were killed in battle, 16 were executed, and 17 were assumed to have escaped or were listed as dead. Several dozen rebels were beheaded, and their heads mounted on poles along River Road where they marched, to deter others contemplating rebellions.

“We’re interrupting the timeline,” adds Scott. A self-described disrupter, Scott says he is not interested in telling the story of the brutality and medieval acts the white enslavers perpetrated on those who sought freedom and were caught in Kenner, Louisiana by state troops and militiamen.

Dread Scott is a revolutionary artist

Scott is on the board of the New York Foundation for the Arts and is an Academician in the National Academy of Design.

“I make revolutionary art to propel history forward. I look towards an era without exploitation or oppression. I don’t accept the political structures, economic foundation, social relations and governing ideas of America. This perspective has empowered me to make artworks that view leaders of slave revolts as heroes, challenge American patriotism as a unifying value, burn the US Constitution (an outmoded impediment to freedom), and position the police as successors to lynch mob terror.

“In 1989, my artwork – What is the Proper Way to Display a US Flag? – a conceptual artwork for audience participation, became the subject of national conversation over its transgressive use of the American flag. President G.H.W Bush called it “disgraceful” and the Senate denounced and outlawed it. This public conversation confirmed my belief that art, including fine art, could be part of changing the world.”

Scott challenged the Senate’s decision all the way to the U.S. Supreme Court and won.

Heeding the call of historian Leon Waters to “remember the ancestors,” the SRR project does that and more.

The period costumes are being made by a weekly sewing circle, led by costume designer Alison L. Parker. “Several of the Mardi Indian tribespeople are helping to sew the costumes,” says Parker, a professional costume designer for theater, film, and tv productions. Among her credits are costumes she designed for I Am Legend, starring Will Smith. Parker combined the style of dress worn by Africans, Haitians, and people in the Caribbean during that time period, to dress the reenactors.

On November 10, the reenactors will achieve the victory that the ancestors in the 1811 Slave Rebellion sought. The marchers will assemble at the Old Mint in New Orleans (formerly Fort Charles), as was in the original plan, and march to Congo Square, where a victory celebration will commence from Noon – 6 pm.

Luther Gray, the co-founder of the Congo Square Preservation Society, is producing SRR’s Congo Square event.  “Delfaeyo Marsalis is writing a special musical composition for the SSR,” Gray  says. Others on the line up include, Sunni Patterson, Free Agents Brass Band, FIYI & The Mandingo Warriors, Silhouette Dance Company, Kumbuka Egungun Ancestral Procession, Slangston Hughes & Fo on the Flo, Truth Universal, SESS 4-5, Congo Square Drummers, and local vendors. The event is a conglomeration of the evolution of the various art forms created by African-Americans in New Orleans, including jazz. Gray says he hopes to inspire participants to continue to unify and come up with a plan to improve the quality of life for New Orleanians. “What’s next? is the question I’d like to see answered,” Gray explains.

The SRR Project invites everyone who wants to participate in the reenactment to be a part of history in the making. People who are interested can visit slave-revolt.com and click on the “Join” link.