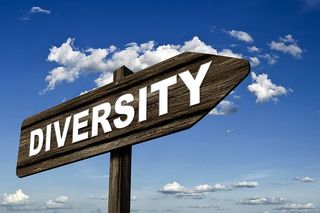 Why Did Diversity Become a Bad Word?

The benefits of diversity for everyone are overlooked.

Diversity is defined as differences between groups. For example, Asian Americans may be different from White Americans because of the languages they speak, the priority they put on their family, and how important being Asian is to them. Diversity is also differences within a group. Not all Asian Americans speak the same Asian language, prioritize their family, or see being Asian as important.

Why do people resist diversity? There are three main reasons:

Critics of diversity contend that it only benefits minority groups. But research indicates that diversity actually benefits everyone. Groups that are not diverse risk being narrow-minded and overlooking important information. Having a variety of perspectives helps new ideas to develop.

Diversity has been found to improve the accuracy of jury statements and of trade market statements. It also leads to more thorough political discussion. Wages are higher in United States communities with more immigrants. Diversity harnesses the resources of all citizens of a society.

Diversity is not a bad word. It can create good for everyone.