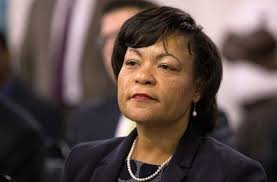 New Orleans is on the threshold of history as it prepares to elect its first woman mayor. The crowded field of eighteen is now down to just two: City Councilwoman Latoya Cantrell and former Municipal Court Chief Judge Desiree Charbonnet.

Cantrell’s problematic use of the city’s credit card for personal and campaign expenses, some of which she reimbursed only when she decided to run for mayor, came to light last week. She gave $9,000 back to the city (which, by the way, does not mean the charges weren’t illegal in the first place), but another $40,000 of unreimbursed charges remain in violation of city policy and state law, and one has to wonder how many personal and campaign expenses lurk therein. When will the next shoe drop, and what will it be? Cantrell’s response has been to say that since she made a partial reimbursement, why does all this matter? 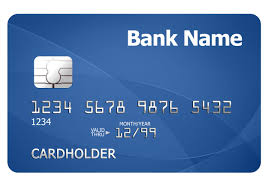 Here’s why. Misuse of public credit cards is a crime that has landed a number of public officials in very hot water, forcing resignations and even resulting in jail time. The mayor of New Roads, Louisiana, who also paid back the expenses he put on the city credit card, was criminally charged, prosecuted, and last week resigned as a part of a plea bargain. In New Orleans, Jim Bridger, formerly of the Public Belt Railroad, was placed on a two-year probation and forced to resign over an amount significantly less than Cantrell admits to having put on the city’s credit card. And lest we forget, Ray Nagin’s administration was dogged by serious credit card problems.

New Orleans cannot afford to elect a mayor who is under the cloud of a serious criminal investigation. As legal problems associated with Cantrell’s credit cards mount, voters are starting to have flashbacks to a past we’d all like to forget. They’re worried. The credit card problem is part of a bigger picture of who Cantrell is, a picture that’s now coming into focus. Cantrell has a history of serious financial problems dating all the way back to ethics violations in her unsuccessful 2004 bid for the Orleans Parish School Board. More recently those problems include a home in foreclosure, thousands of dollars in ethics fines, wage garnishments ordered by the attorney general, and a massive IRS lien against her primary residence. This track record of serious financial irresponsibility over such a long period of time (more than a decade) raises doubts about her ability to manage, not just her personal checkbook, but the city’s checkbook as well. And now, as if to signal where things are headed, the credit card matter has been forwarded to the Louisiana Attorney General for investigation and possible prosecution. The attorney general’s involvement was triggered when embattled DA Leon Cannizzaro (I’m not a fan) recused himself. But whether we like the DA or not shouldn’t matter—this is much bigger than he is. With the case now in the AG’s office, the DA is irrelevant. It’s Cantrell that matters. And the storm rolling in for Cantrell casts doubt on her trustworthiness and her ability to lead.

Meanwhile, our city is facing its own serious problems. We have regular flooding of streets, billions of dollars in deferred infrastructure maintenance, a completely dysfunctional S&WB, a median wage $17,000 below the national mark, and an unemployment rate over 40% for African American men. Not to mention crime. We need to focus on the future. We need a burst of leadership undimmed by dark clouds of scandal and suspicion.

It’s time for a new administration in New Orleans, and one with the energy to deliver results. We need a mayor who can champion our issues and who has all the tools at her disposal to do it. We need a mayor who is not just a “fighter” for the people, but who is fiscally responsible with the people’s tax dollars—someone who knows the important difference between “her money” and “our money.” At this point, it’s unclear what results this criminal investigation into Cantrell’s finances will lead to—fines, jail, or merely public embarrassment—but it is evident that she cannot be the leader we need under these circumstances. The nightmare of another city official embroiled in legal trouble and investigations is almost too much to take. And it’s certainly a risk we cannot afford. Not now, and not for our future.

And that’s why the credit cards matter.

4 thoughts on “Credit Cards Matter in The Mayor’s Race”