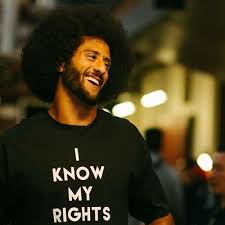 Recently Muhammed Ali’s death transfixed the nation.  Headlines everywhere praised the former heavyweight champion as “the Greatest”.  Ali transcended race was the most popular refrain.  But during his lifetime, Ali was once the most reviled man in America.  His refusal to fight in the Vietnam War was scathed as unpatriotic and cost him the “best years of his life” according to his longtime trainer Angelo Dundee.

When prominent African American athletes take a political stand against the daily oppression and discrimination endured by African Americans, they break the unwritten code of athletic stardom.  Star athletes will be richly rewarded for their athletic prowess and receive lavish but bounded love and adulation from the public as long as they conform to the constraints of white privilege.  Think Michael Jordan. 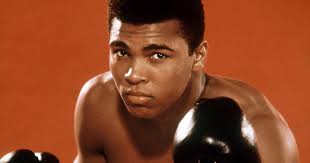 When Ali said, “My conscience won’t let me go shoot my brother, or some darker people, or some poor hungry people in the mud for big powerful America,”( hear and see Ali speak) “And shoot them for what? They never called me nigger, they never lynched me, they didn’t put no dogs on me, they didn’t rob me of my nationality, rape and kill my mother and father. … Shoot them for what? How can I shoot them poor people? Just take me to jail.”

Upon Ali, Americans unleashed a torrent of bitterness and venom not seen since the lynchings of 50’s.    Renowned and respected talk show host of the time, David Sussskind said, “He’s a disgrace to his country, his race, and what he laughingly describes as his profession…He is a simplistic fool and a pawn” (Click here to see and hear American racism on display)

Further, understanding the contract African American athletes accept, color barrier breaker Jackie Robinson said, “He’s hurting, I think, the morale of a lot of young Negro soldiers over in Vietnam. And the tragedy to me is, Cassius has made millions of dollars off of the American public, and now he’s not willing to show his appreciation to a country that’s giving him, in my view, a fantastic opportunity.”

Most recently Colin Kaepernick has suffered a similar backlash because he refused to stand for the national anthem prior to NFL preseason football games.  Kaepernick explains, “I am not going to stand up to show pride in a flag for a country that oppresses black people and people of color.” Kaepernick explained further to NFL Media in an exclusive interview after the game, “To me, this is bigger than football and it would be selfish on my part to look the other way. There are bodies in the street and people getting paid leave and getting away with murder.”

Though still early in his career, Kaepernick does not appear to be the generational athlete that Ali was, yet the response to his protest is similar. With only the white sheets missing, there was an imagery laden organized Kaepernick jersey burning event where people were encouraged to “fuel the fire by dropping in his jersey.”   Twitter is awash with attacks ranging from calling him a terrorist, a fu&*#ing idiot, to recommending he leave the country.

White fragility is alive and well.  African American athletes are quickly and summarily attacked and vilified for breaking the code of political docility and submissiveness in exchange for financial gain. As if being black is a defect, Ali’s greatest accomplishment was “transcending race.” Only after death and a thorough whitewashing is an African American athlete praised for standing against injustice in America.   Kaepernick is wealthy and talented enough to, in this case, sit down on his convictions.  His courage, not his ability to throw a football, makes him worthy of being a role model.