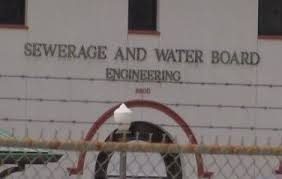 Homes and Businesses Flood Without It

Flying low on the radar is the ballot measure to change the composition of the Sewerage and Water Board.  The beleaguered agency is struggling to regain the public’s trust and provide the most critical service to the Bowl. Whether NOLA is a mosquito infested swamp or a vibrant home to unique culture and traditions that attracts millions annually depends on the SWB’s ability to always push water up and out the city.

New Orleans is a not only a bowl, but a below sea level bowl.  Most cities simply use gravity to drain water from the streets.  But in the Bowl, gravity equals flooding.  Hence, New Orleans has the most complex system of water pumps and canals in America.  Founded in 1899, the SWB ably used the best available technology through the years to keep the streets dry.  Only during unusual rain events did the Bowl hold enough water to flood homes and businesses.  Always at risk, no highly effective SWB means no NOLA!

If the SWB is the most important agency operating in the city, can you name 3 members of the board?  Or even how many members make up the SWB?  How do people become members of the Board?  Don’t feel bad if you don’t know, because you have an opportunity when you vote to ensure that public input and reporting is a formal part of the SWB going forward.

Why you Should VOTE YES on the charter change amendment on Saturday.

If you feel like the problems of the SWB seem exacerbated – more frequent and more intense – then you only need look back to the recent changes to the makeup of the SWB to understand why you should vote to correct these mistakes made to the board.

The Sewerage and Water Board of New Orleans was formed by the State of Louisiana in 1899 to address the flooding problems plaquing the city at that time.  The board was comprised of the Mayor of New Orleans, 3 City Council Members, 2 members of the Board of Liquidation and 5 appointees of the Mayor.  This was the structure of the SWB from 1899 until 2013.

What has 4 wheels, is big and yellow and sleeps 8-10?  A Sewerage and Water Board truck. 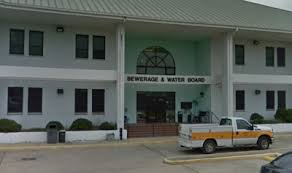 That old joke is emblematic of the perceived issues surrounding the agency.  Bloated and labor heavy, many believed the agency was inefficient.  But outside of isolated extreme weather events which overwhelmed the capacity of the system, for 114 years the Bowl- New Orleans – has been the culturally unique tradition rich city attracting millions and is not a vanquished swamp land.

But recently, after just normal thunderstorms, parts of the city flooded.  Agency leadership lied to the public about working pumps to conceal mismanagement and bad decisions made by the board.  Incompetence combined with political shenanigans left the city perilously close to disaster.  The board structure came into focus.  How could the well-intentioned members of the board allow the most important agency be remotely close to failing? 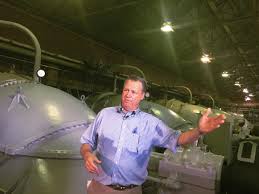 Frustrated with an inability to raise rates, the bedazzlingly incompetent Mitch Landrieu orchestrated a change in the board composition.  The 3 members of the city council were removed, and entire board is now appointed by the mayor.  Landrieu gained 100% control of the SWB.  Shortly thereafter the streets started to flood.

After removal of the city council, billing issues and new street flooding enraged citizens of the Bowl. Without any independent political oversight, citizens got lies and wordplay – “We were at 100% capacity.  100% of the available pumps were working” (when almost half of the city’s pumps were offline) being the most famous lie. Because of financial woes resulting from too few rate increases and incompetence of staff and top leadership, residents panicked as water frequently began to fill in the Bowl.  But who could an angered citizen call?  The city council was just as in the dark about day to day operations of the SWB.  Public oversight was completely gone.  But hey, Mayor Landrieu was so angry that he actually started going to SWB meetings.

While politicians might have been rate increase averse and thereby contributed to the financial woes over the years, the same politicians also insured that the agency produced living wage jobs for NOLA families and insured all the pumps were working during storm season keeping the streets dry.

For 114 years the agency had to answer directly to the public’s representatives.  Two years after we removed city council members from the board, people’s homes and businesses flooded.  This mayor actually goes to every meeting.  And she has hired an executive director who seems qualified and able. These are good things. But the most important agency in city government needs some public oversight.  Too much and we get no rate increases.  But without it the streets flood.  Vote Yes to return 1 member of the city council to the Sewerage and Water Board.  Keep New Orleans dry!

One thought on “Sewerage & Water Board Needs Public Oversight”