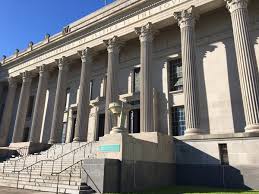 Who are they and what do they do?

NEW ORLEANS – The Clerks of Court who serve in Orleans Parish often play very different roles and oversee different functions of their individual offices.  Given the number of courts and the thousands of cases processed in each, it can sometimes be confusing distinguishing between all of them.

The Court System of Orleans Parish is designed by trial courts called “City Courts” and “District Courts”, (where legal matters are usually initially tried or “heard”) and appellate courts (who decide whether the proceedings and outcome of the trial courts should be upheld, overturned, or tried again, in whole or in part). The trials courts are: First City Court, Second City Court, Civil District Court, and Criminal District Court.  From there, appeals are heard by the 4th Circuit Court of Appeal and the Louisiana Supreme Court.

Each court has their own Clerk of Court whose responsibility it is to oversee the legal processing and records of each case in their court, as well as maintaining custody of the evidence used in trials. Some Clerks have additional responsibilities.

The clerks of the appellate courts are: Justin I. Woods, Clerk of the 4th Circuit Court of Appeal; and John Tarlton Olivier, Clerk of the Louisiana Supreme Court.

Why are there so many different courts?  The answer is: “Jurisdiction”

Some courts have jurisdiction over civil matters and others over criminal matters.

Clerks of City Courts also handle small claims and evictions, while the Clerk of Civil District Court has the additional responsibility of overseeing land records, notarial archives, and mortgages and conveyances of property.

Criminal matters are usually initiated in Criminal District Court and are suits brought by the District Attorney, representing “The People”, e.g. “People vs. John Doe”.

A Brief Bio of the Clerks of Court of New Orleans

Timothy David Ray, Clerk of First City Court, earned a Bachelor of Arts degree in Music Performance from Dillard University and a Juris Doctorate degree with an advanced certification in International Law from Loyola University, College of Law. He completed training to become a certified mediator and negotiator at the Institut für Anwaltsrecht in Berlin, Germany.  Ray was appointed Vice-Chairman of the American Bar Association YLD Dispute Resolution Committee for the 2017-18 term.

Ray is an attorney, licensed to practice law before all State of Louisiana Courts. He serves on the faculty of the University of New Orleans, Political Science Department and also serves the Law Faculty of Humboldt University in Berlin, where he teaches courses in Negotiation and Mediation.

Darren Lombard, Clerk of Second City Court, professionally managed a law office that represented clients in the Greater New Orleans area.  Lombard formerly served as deputy clerk at Orleans Parish Criminal District Court, where he was tasked with overseeing election logistics following the mass voter displacement in the wake of Hurricane Katrina and was responsible for developing and implementing evacuation and emergency plans for the Court. Lombard has served as the Clerk of Second City Court since 2012.

Chelsey Richard Napoleon, Clerk of Civil District Court, attended the University of New Orleans, where she received her Bachelor of Arts degree in Political Science with a minor in History. Napoleon continued her education at UNO obtaining a Master of Arts degree in Political Science and received her Juris Doctorate in May 2008 from Loyola University, College of Law.

Napoleon was instrumental to the office’s re-opening post Hurricane Katrina and was a vital part of merging of the Clerk’s office with the Recorder of Mortgages, Register of Conveyances, and Custodian of Notarial Archives offices.

During her more than sixteen years in the Clerk of Civil District Court Office, Chelsey has been responsible for supervising an average of 175 employees in four locations. She has monitored the daily operations including staffing, system functionality, human resources, payroll and expense control. Chelsey has also made presentations and has conducted public trainings on behalf of the Clerk’s Office and was instrumental to the office’s re-

opening post Hurricane Katrina and was a vital part of merging of the Clerk’s office with the Recorder of Mortgages, Register of Conveyances, and Custodian of Notarial Archives offices.

Justin I. Woods, Clerk of the 4th Circuit Court of Appeal, received his undergraduate and law degree from Loyola University of New Orleans in 1989 and 1996, respectively. Prior to his appointment as Clerk of Court, Mr. Woods was a practicing attorney in New Orleans representing both public and private clients in various litigation matters throughout his years of practice with The Woods Law Group, L.L.C., Gainsburgh, Benjamin, David, Meunier & Warshauer, L.L.C. and The Murray Law Firm, L.L.C.

Mr. Woods is a member of the National, American, Louisiana and New Orleans bar associations. He is a fellow of the American and Louisiana bar foundations. He currently serves as the Vice-President of the Greater New Orleans Louis A. Martinet Legal Society.

John Tarlton Olivier, Clerk of the Louisiana Supreme Court, received his undergraduate degree in Business Administration with a double major in

Management and Marketing from Loyola University in 1976 where he was the recipient of the Alumni Award for Outstanding Senior. He received his Juris Doctor degree in 1979 from Loyola University, College of Law. He is admitted to the Louisiana State Bar and to practice in the Eastern and Western Districts of the United States District Court and in the United States Supreme Court.

Olivier entered the private practice of law with the firm of Olivier & Brinkhaus in 1979, served as Secretary-Treasurer of the St. Landry Parish Bar Association.  In 1985 he was appointed by the Louisiana Supreme Court as Deputy Clerk and on March 1, 1996, was sworn in as Clerk of Court.  Olivier graduated from the National Center for State Court’s Institute for Court Management and in 1991 was recognized as a Fellow of the Institute during ceremonies at the United States Supreme Court, presided over by Chief Justice Warren Burger.

Take a quiz on the Courts of New Orleans and their Clerks:

One thought on “Clerks of Court”