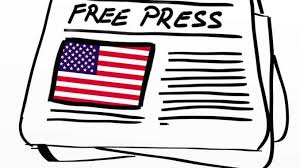 Racism is alive and well

I read that a man was convicted by a 10-2 vote of a Jefferson Parish jury on Friday and thought huh?  Wait!  Didn’t the entire state just vote to eliminate this Jim Crow era relic of racism?  Unethical DA’s across Louisiana have charged African American men with crim es where non-unanimous juries could convict.  Whether under or over charging, DA’s gamed the system to prop up weak cases with an easier standard to gain a conviction.  This contributed mightily to Louisiana’s status as mass incarcerator of the world where over 65% of all convicts are black men. Our voters correctly overturned this egregious and racist practice last week.  So, hearing that JP DA Paul Connick used this same tactic last week to convict a man who will be sentenced to life in prison earns the first WTF!!

In the Georgia race for governor, Secretary of State, Brian Kemp, froze out over 53,000 registered days before the election, using exact match and other regressive tactics which impacted primarily African American voters. In anticipation of his gubernatorial run, back in 2017 Kemp used the same tactic and purged over half a million voters from the roles in Georgia. Shucks for good measure, last week in Atlanta, the Board of Elections reported counting over 16,000 absentee ballots cast, while Kemp’s office says only 4000 such ballots were counted.  Of course, Kemp has declared himself the winner and resigned from his Secretary of State post. For her part, Stacey Abrams claims the race is not over until every outstanding vote is counted.

Kemp’s campaign argued that it was “mathematically impossible” for Abrams to pull ahead or get close enough to trigger a recount, even with the remaining uncounted provisional and military ballots. Well….he would know the official count of the Secretary of State ahead of all the ballots being counted  WTF?

Donald Trump is attacking the press, especially African American women.  He claimed NPR reporter Yamiche Alcindor was being a racist when she asked him about his rhetoric emboldening racists and their behavior.  He also attacked award winning journalist and White House regular April Ryan.

“I mean, you talk about somebody that’s a loser. She doesn’t know what the hell she’s doing,” Trump said of Ryan on Friday. “She gets publicity, and then she gets a pay raise. … She’s very nasty, and she shouldn’t be. You’ve gotta treat the White House and the office of the presidency with respect.”

And finally to Harvard grad and nationally respected journalist Abby Phillip, Trump pointed his finger and said, “What a stupid question. But I watch you a lot. You ask a lot of stupid questions.”  Phillip asked Trump if he wanted acting head of the Justice Department to “rein in” Robert Meuller on the Russia investigation.  Trump has constantly criticized and belittled former AG Jeff Sessions for not stopping the Mueller investigation.

Trump has also criticized CNN reporter Jim Accosta and the press in general, but his vitriol and apparent hostility is aimed most potently at African American women reporters.  Many say Donald Trump; a rich old white man is just not used to black women asking him tough questions.  So, he goes off on them immediately.  WTF?

The choices some white people make in the 21st century are shocking.  In America today, systemic and individual racism are tied together and produce devastating results that the same racists point to as a problem of those having borne the brunt of the avalanche.

Can we at least  have faith that people who are sentenced to life in prison are done so by a unanimous jury and beyond a reasonable doubt.  That two jurors did not think the state proved its case after a horrific crime in JP is problematic.

Is it too much to ask that the person who is responsible for counting the vote not be able to rig his own election and  call the integrity of elections in question.

Finally, if that the rich guy in the White House picks on distinguished African American women and people applaud, then WTF should we do?

One thought on “Racist Things that Just Make You Think WTF?”