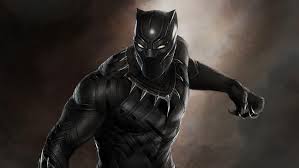 I must admit that I have never been much of a comic book reader.  And flying superheroes seem sorta’ silly while surrounded by serious issues in need of realistic solutions. But I am drawn to empowering African Americans to allow access to happy and successful lives.  So, the release of Black Panther movie intrigued me and gave me the opportunity to see what all the Marvel movie fuss is about.

Director Ryan Coogler’s movie delivered a cogent and current message about overcoming the obstacles to happy and successful lives spun in an exciting tale about facing hard truths and the consequences of difficult decisions.  Even the fanciful superhero qualities imparted the strong message of absorbing heavy blows and coming back stronger.  Black Panther was an action-packed thriller with enough plot twists to completely entertain while still delivering a powerful message to all Americans about equality, choices and resiliency. 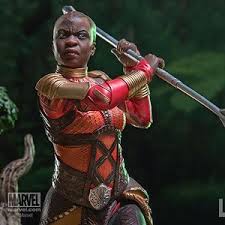 Layered and textured, the movie integrates colors, sexuality, pride identity and expression and produces stunning scenes that simultaneously entertain and inspire.  In a fight scene, Coogler enlivens the Red, Black and Green symbols of Black pride with each depicting a warrior with a skillset reminiscent of the color’s meaning.  Seeing General Okoye(Red) using a traditional spear and seductive dance moves while knocking back all who dared attack her was exciting and alluring.

Amid the current #MeToo movement, that the warrior class in #WakandaForever is a group of fearless women who battle fiercely and defeat a determined and motivated group of men seeking the throne shows the synchronous destiny with greatness this film possesses.  Believable yet unbelievable!  Black Panther proclaims an utopia that is within reach. Woman power!  The natural beauty of all the women is a dramatic shift from the standards we are normally presented.

Overcoming defeat from a hostile and fierce adversary is too often a part of the day to day grind for African Americans.  Though we may not have the benefit of curing metals, healing potions or  energy absorbing suits, we can all not accept defeat, rest and come back stronger and better people especially after experiencing crushing downfall.  King T’Challa inspires faith and confidence in his people who are elated upon his return from what appeared to be death.  Never say die and live to fight another day.

Black Panther delivers an entertaining and inspirational film without being preachy.  The soundtrack delivers a mix of American and African sounds and the stunning visual imagery overcome a couple of borrowed scenes from James Bond flicks.  Award worthy, this is a heretofore unseen big budget action and sci fi movie with Black people running the show.  A must see. 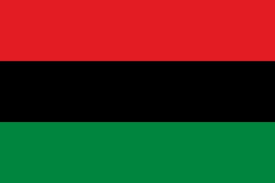