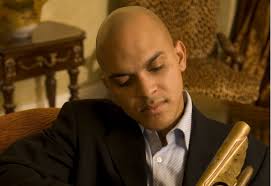 GASP!!!! Even With a Solid Gold Trumpet?

Recently, Irvin Mayfield pled not guilty in federal court to a slew of federal indictments.  And at this point, if you are like me, you are probably starting to think that Mr. Mayfield is not just guilty, but that he is a pretty bad guy. The general consensus seems to be that this is just a story of another black guy who had it all but was such a bad person that he just could not contain himself.  Typical story.  We’ve seen this movie before.  Black guy who has talent (normally musician, athlete, or a politician), but can’t control his urges and a)uses drugs, b)carries a gun, c)steals some money, or d) physically assaults someone. But really, what did we expect?  Give a black guy a rope and……. Who needs the KKK?

We have intimate details from investigative reporter, David Hammer, describing the claims against Mayfield.  We have heard about the purchase of the infamous the gold-plated trumpet, his extravagant stays at the Ritz Carlton in New York, and the large sum of money that was transferred to another nonprofit with the Mayfield stamp on it.  All told, Mayfield allegedly misappropriated over $1 million dollars. Surely, he is a bad guy.  Donald Trump might even call him “Irvin Stealin’ Mayfield.”

But wait just a minute. Our willingness to quickly and without much proof accept and believe that Irvin Mayfield deserves the Stealin ’moniker speaks not only to our bias against black men, but also to the role of the press in New Orleans. It has been said that nobody can make a black man look bad better than the New Orleans press.  Even though these are only charges and Mr. Mayfield is presumed innocent, he is has been proven guilty in the court of public opinion due to character assassination and the negative branding surrounding his name.  Have you ever stopped to think that there could be more to this story? Who were the other board members? How could this be a one or two-man show? Aren’t boards put in place to prevent this type of action?

Recently, an interesting fact was released by Mayfield’s attorney.  On the day of Mayfield’s arraignment, his attorney stated that the defense had suspicion of leaks in the case.  The leaks were investigated, and it was subsequently confirmed that the someone in the US Attorney’s office had illegally leaked information to David Hammer.

Could Hammer have somehow “bullied” this person into leaking information to him in the same manner he accused Mayfield of “bullying” the board members of the Library Foundation to go along with all of his plans? How about that for irony?

Legally, we all know more about the details of this case than we should.  Protocols were broken.  Inside information was shared with the press.  Did the US Attorney attempt to taint the jury pool to bolster their chances of a conviction?  We all remember disgraced former US Attorney Jim Letten was forced out of office because of this very thing.  Jan Mann and Sal Perricone were caught posting comments on numerous websites with inside information, some actively being tried in court.  Those same prosecutors violated the law by providing reporters with privileged information.  In disgrace, they were all expelled and some not allowed to practice law in federal court again.

Similarly, in this case, local reporter David Hammer has been sharing leaked information.  Provided with details that should only come out at trial, Hammer has been on a crusade to besmirch the Mayfield name. That fact that prosecutors want to win at all costs is easy enough to understand but breaking the law and releasing this information is cause for the case to be thrown out of court.  In fact, Mayfield’s attorney has filed a motion to do just that.

While we are all guilty of rubbernecking when passing a wreck on the highway and sometimes take pleasure in watching the mighty fall hard, it is always a good to fact-check before grabbing the bowl of popcorn to watch someone’s fall from grace. Hammer has provided very little information regarding the board members and has neglected to mention the fiduciary responsibilities assigned to them. It seems like the members of both boards had to have had some knowledge, or even possibly a hand in facilitating in the transfer of such large amounts of money.  Were the board members all innocent bystanders or did the big, bad 5-foot bully, Irvin Mayfield, scare accomplished and powerful professionals into acquiescing to his masterplan?  That sounds more like a plot of children’s movie.

We have not been provided a reasonable explanation why Mayfield spent thousands of dollars on his stays at the Ritz Carlton. However, in this case, the offense seems to be question of ethics, rather than legality. Especially since it is not the board members that are pioneering the effort to take down Mayfield.  There is a lot more to this story than meets the public eye.  The agenda of an overzealous prosecutor and the biased reporting of a local journalist shows us that sometimes there are more than two sides to the story.