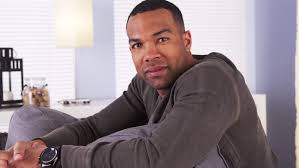 For many, the question above may seem strange. After all, who could possibly be unhappy about achieving? Who doesn’t love getting positive feedback on that big project at work, winning glowing reviews for an artistic performance, or getting dozens of “likes” in response to news of an accomplishment on Facebook?

It’s no secret that personal achievement is a cornerstone of American culture, perhaps more than ever in our modern world of social media and celebrity worship. Indeed, a major national study published in 2014 by the Harvard Graduate School of Education found that a plurality of American youth chose “achieving at a high level” as their highest priority—nearly as many as those who chose “caring for others” and “being a happy person (feeling good most of the time)” combined.

And of course, there’s nothing wrong with achievement itself.

The problem is that, for some people, achievement leaves them feeling empty to the core. It can make them depressed, anxious, even angry. They rarely understand why. They may not even realize their unhappiness is related to their achievements in the first place. Often, all they know is that they feel exhausted and deeply unfulfilled, feelings that are hard to square with the success they have achieved. Isn’t this supposed to be invigorating? Shouldn’t each win make them want to yell, “I’m going to Disney World!” like Super Bowl champs?

These people may feel empty because of what their achievements mean to them. For complex reasons, they feel that they have to achieve just to feel valuable or worthy. Achievements aren’t a joy; they’re a necessity. When someone is forced to achieve just to have any value, then they can’t stop. Stop achieving, and they stop being lovable. It’s a terrible burden.

This problem typically starts in childhood, with parents who (usually inadvertently) teach kids that their value as people ultimately comes down to their achievements and what they do… not who they are. Although it isn’t intended, the dark side of this message, of course, is that who they are is not enough. This problem becomes turbo-charged when those kids become teens and adults, and crash into a social media-infused, celebrity-obsessed culture, which insidiously conveys the same message: if you don’t get enough “likes” on Facebook or Twitter or Instagram for the impressive things you do or say, well, you’re obviously not likable enough. And no matter how well-liked you are, you will never be as famous or popular as Elon Musk, Steph Curry, or Taylor Swift.

It’s easy for people who suffer with this awful inner sense of doubt to feel inadequate in a world saturated with so much achievement and self-promotion, from friends and celebrities alike—and all of it right in their faces, or in the palm of their hands. In this sense, it’s a distinctly modern self-esteem epidemic.

I call these people “Unhappy Achievers,” and they are a big group. Their self-esteem is based almost entirely outside of themselves, and therefore, understandably, they feel incredibly empty. To make matters worse, because these individuals typically appear to be high-functioning and are often highly successful, their suffering is often overlooked by friends and loved ones.

At the same time, ironically, while some of these Unhappy Achievers do in fact achieve at a very high level, some of them actually do not end up achieving very much at all, because their resentment about having to achieve and perform is so great that they procrastinate. Although on the surface, the two groups may appear to be polar opposites—those who give in to the tremendous internal pressure to achieve, and those who resist achieving because of the tremendous internal pressure to do so—they are clearly two sides of the same coin. Indeed, the underlying dynamics are the same: both subsets believe that they have to achieve just to be valued, and both subsets deeply resent that fact.

Are you an Unhappy Achiever? See if any of the following describes you.

1) You have a good job, perhaps an attractive partner, go out to nice restaurants from time to time, and come home with the visual proof, beautifully filtered to impress your followers on Instagram. Everyone thinks you have your life together, and on the surface you do. But inexplicably, deep down, you still feel unsuccessful or empty much of the time.

2) When you achieve something, the satisfaction is surprisingly fleeting. You get an A on your final paper, the audience applauds raucously after your show, your boss says she’s impressed with the work you did on the new client file; and you quietly pump your fist and think, “Now I can finally take it easy and just enjoy this sense of accomplishment!” But in minutes or hours—or perhaps a day or two at most—the satisfaction disappears, and you feel more compelled than ever to start work on the next attempt to accomplish or impress.

3) You are socially successful and appear outgoing, a big hit whether going out with friends or meeting fellow attendees at a conference. Maybe people even think of you as the “life of the party.” But you feel secretly lonely even when you’re surrounded by people, and you can only truly relax when you’re alone.

4) You procrastinate doing things that should be easy, and you don’t know why. Perhaps your boss wants you to forward that report you already wrote to another department, or your mother wants you to post your new painting to Facebook so all her friends can see. These things would take no more than a minute or two, but you can’t seem to make yourself do them.

These are just a few examples, of course, but if they feel familiar, I would encourage you to ask yourself these questions:

These questions are just a starting place. But if you recognize yourself as an Unhappy Achiever, there is something that you can do that is truly “just for you.” You can start to look at your deeper motivations to achieve, and with time—and often with the help of a good therapist—you can start to finally figure out how you feel about having to achieve, and what you want to do.